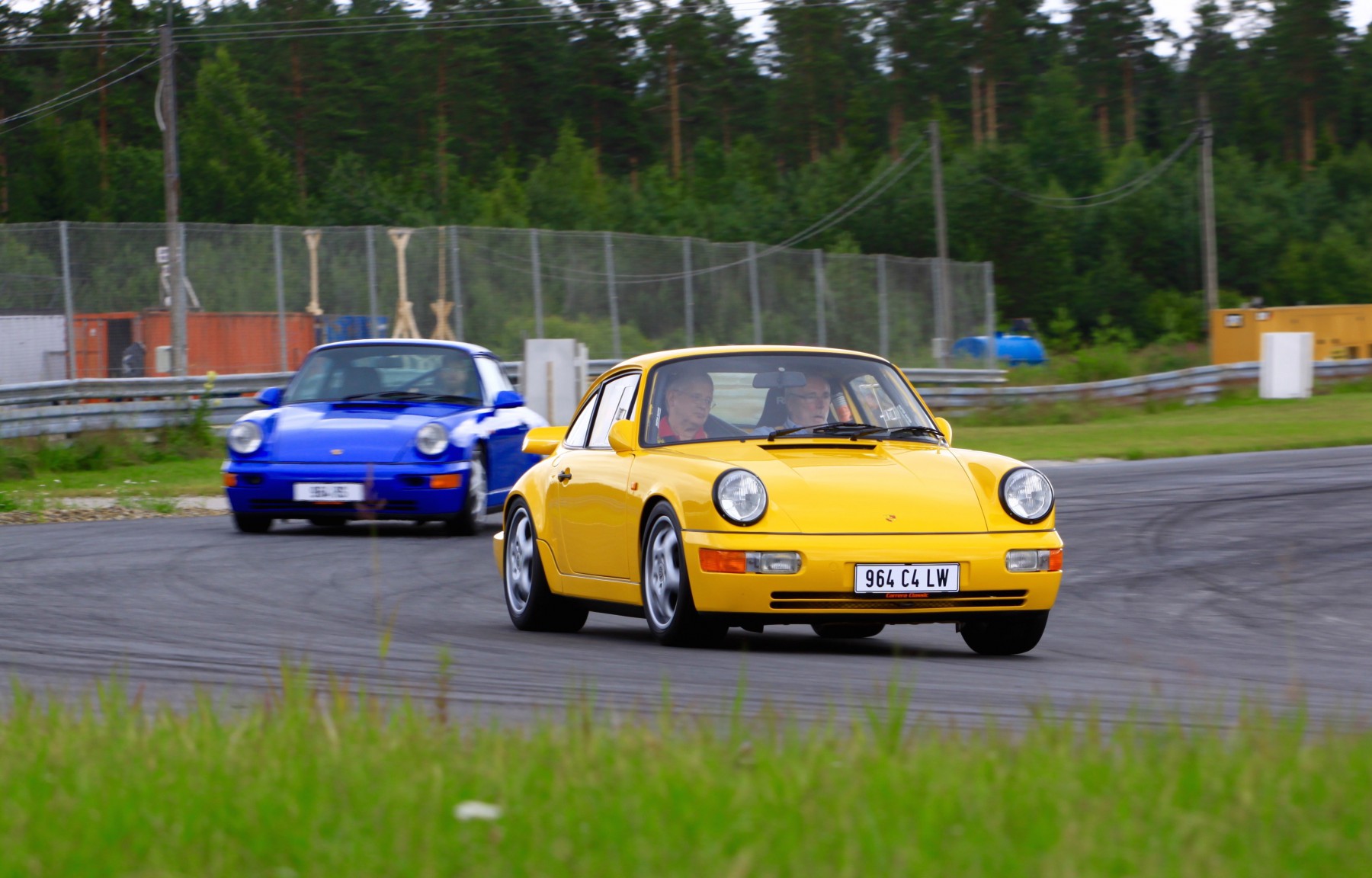 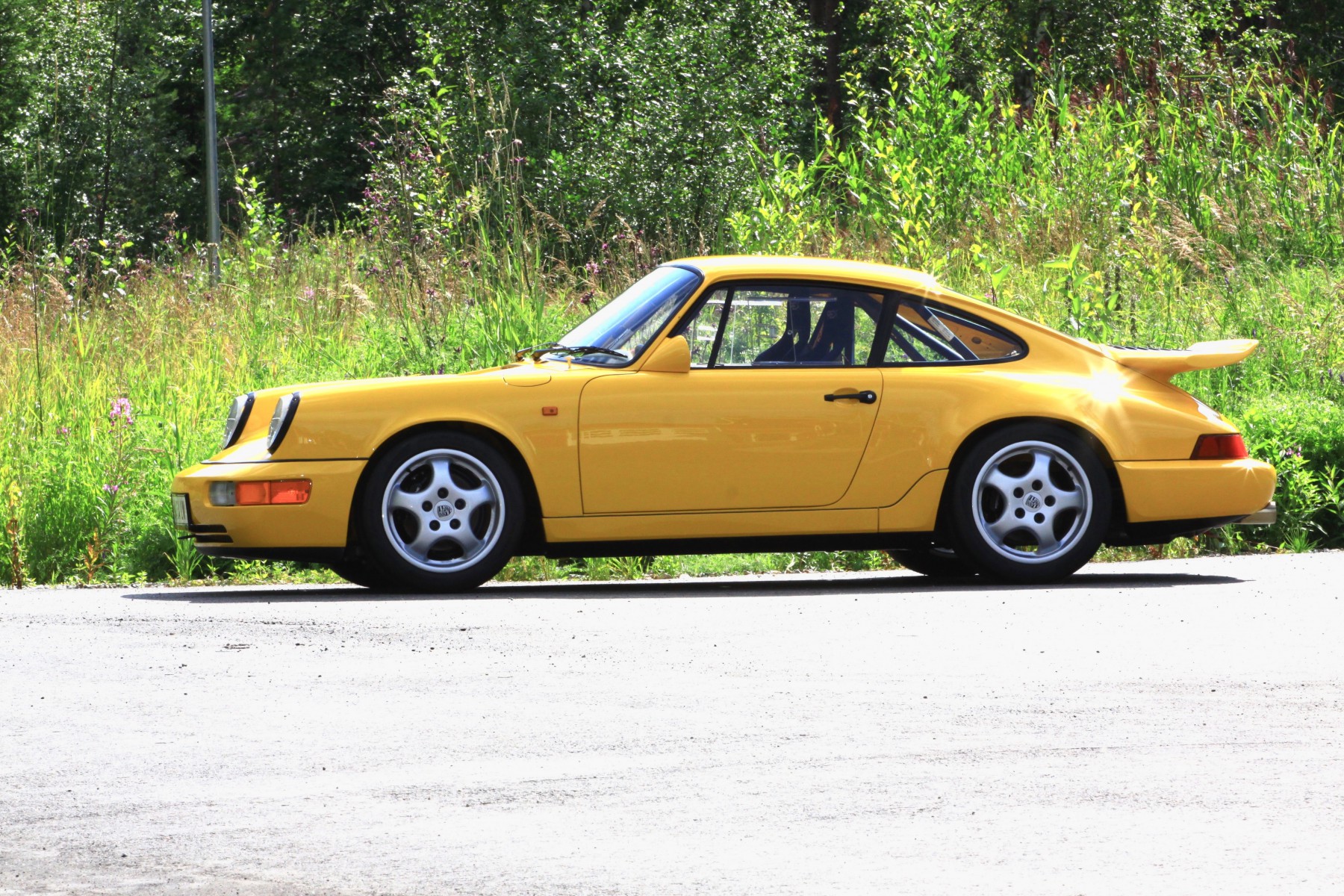 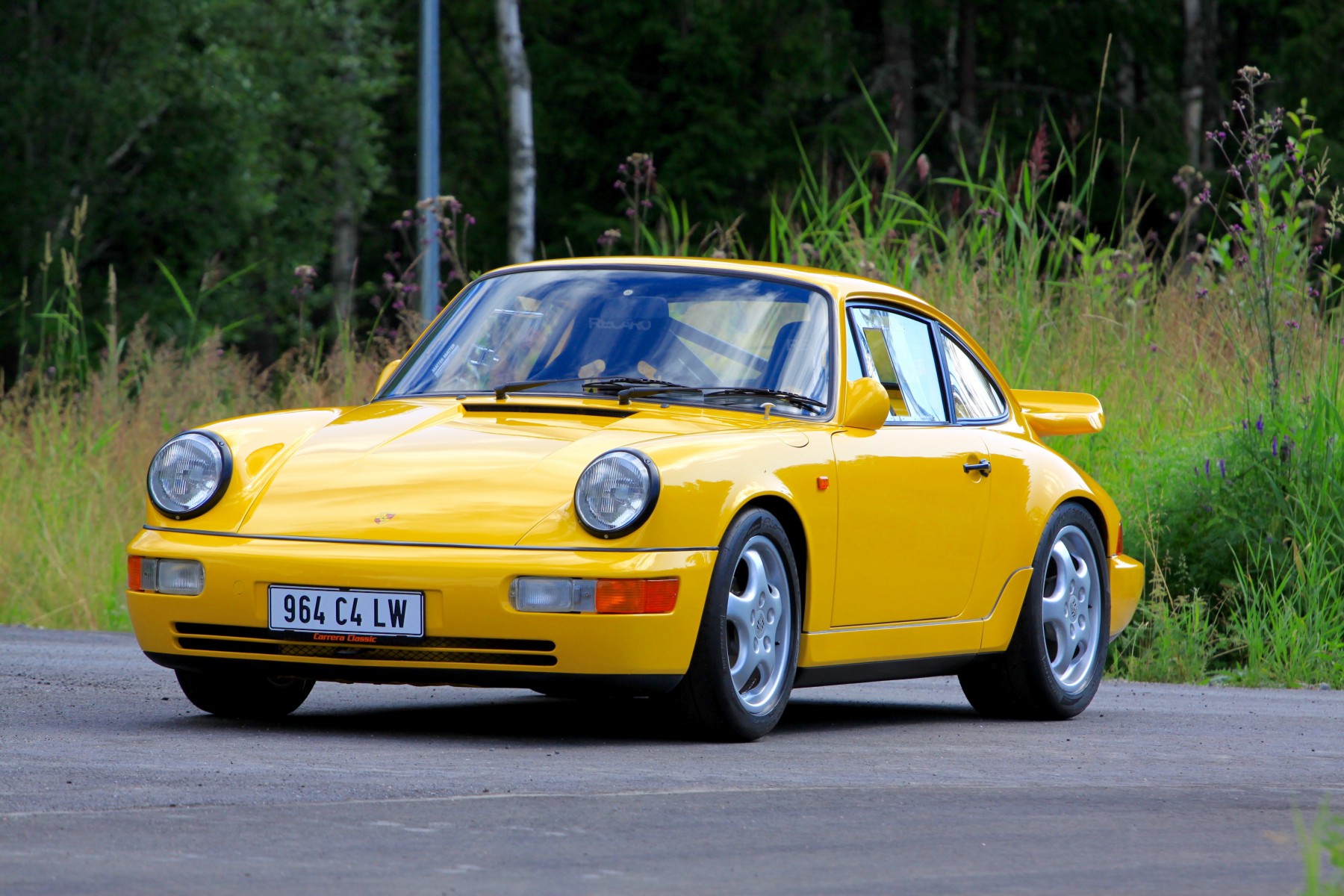 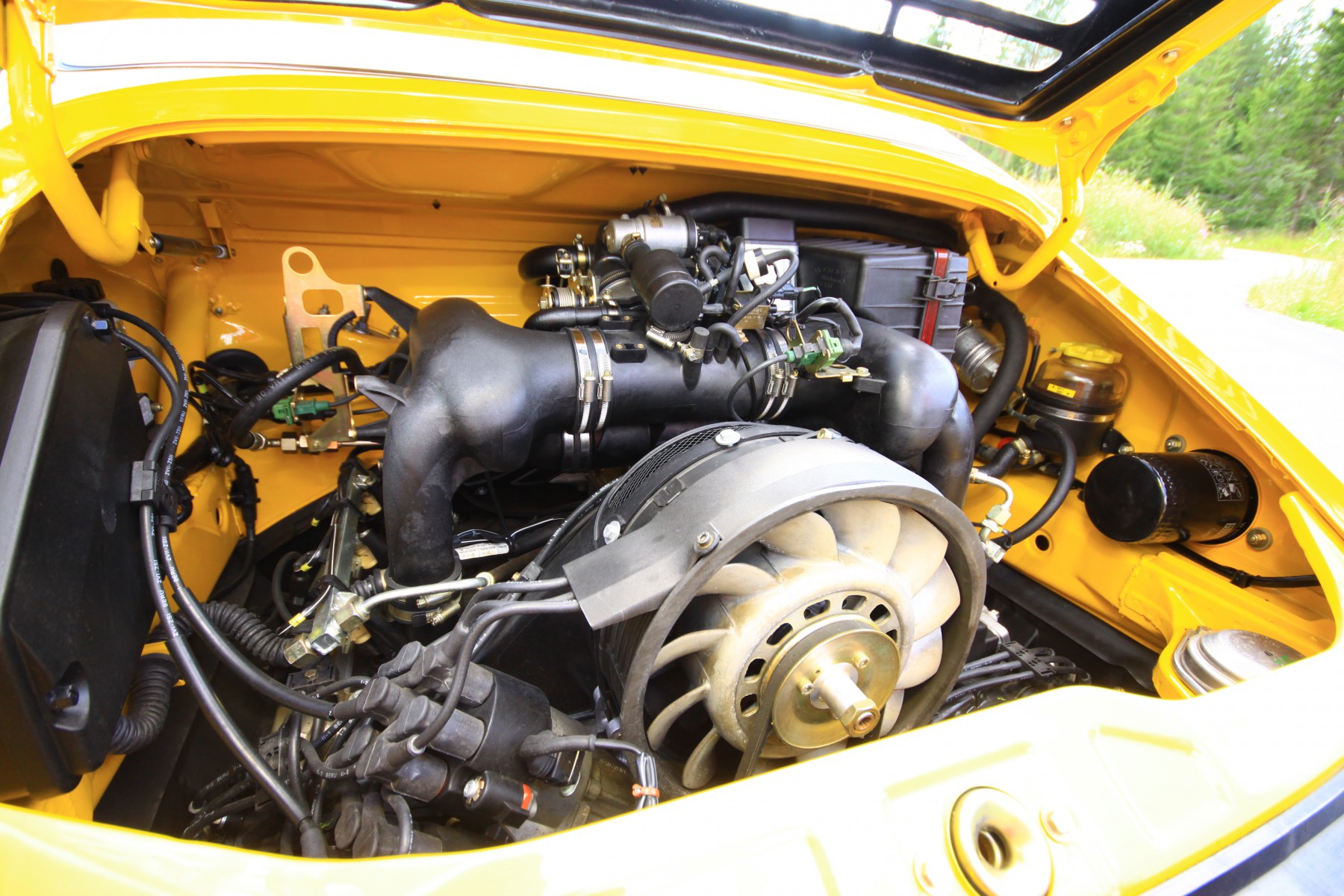 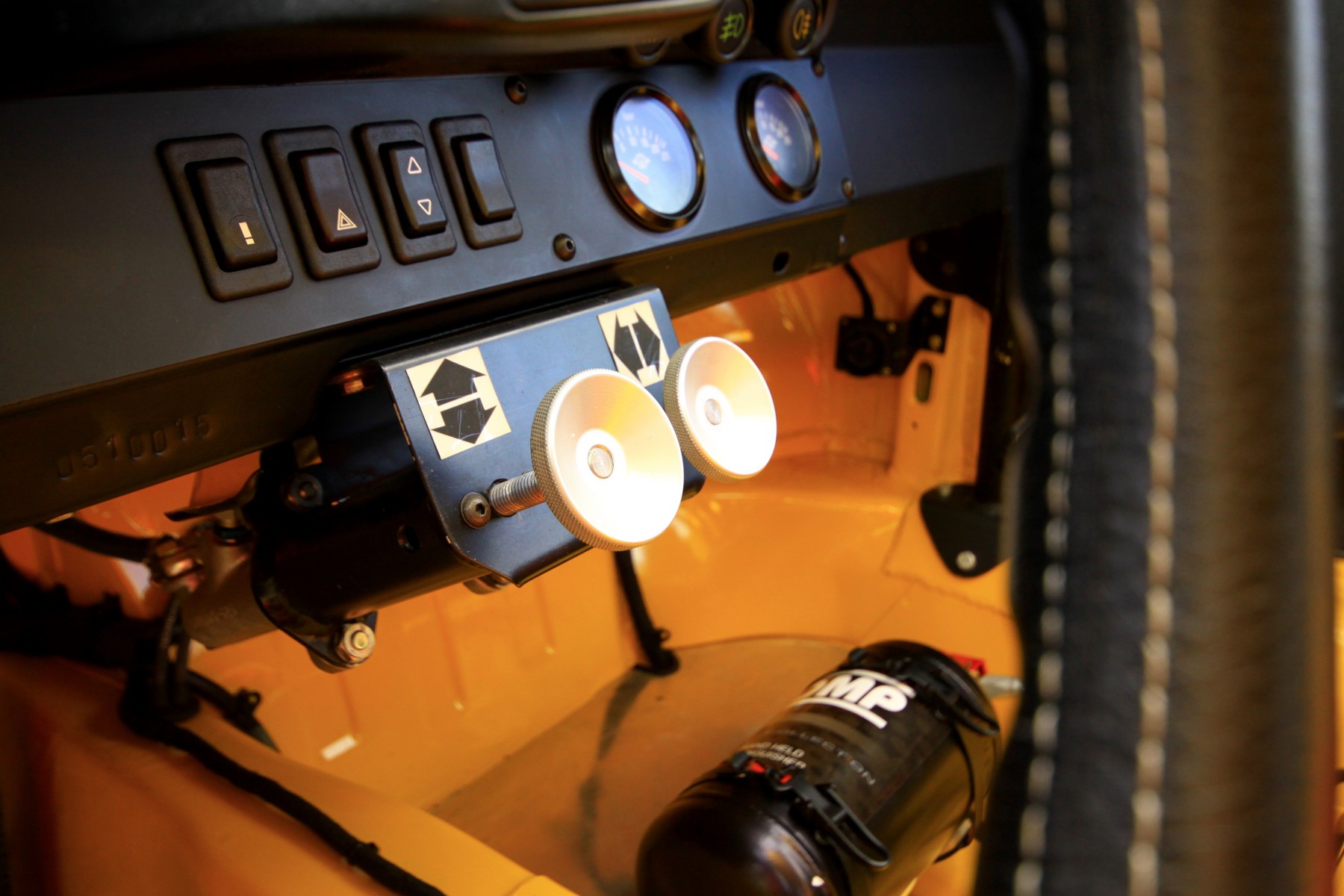 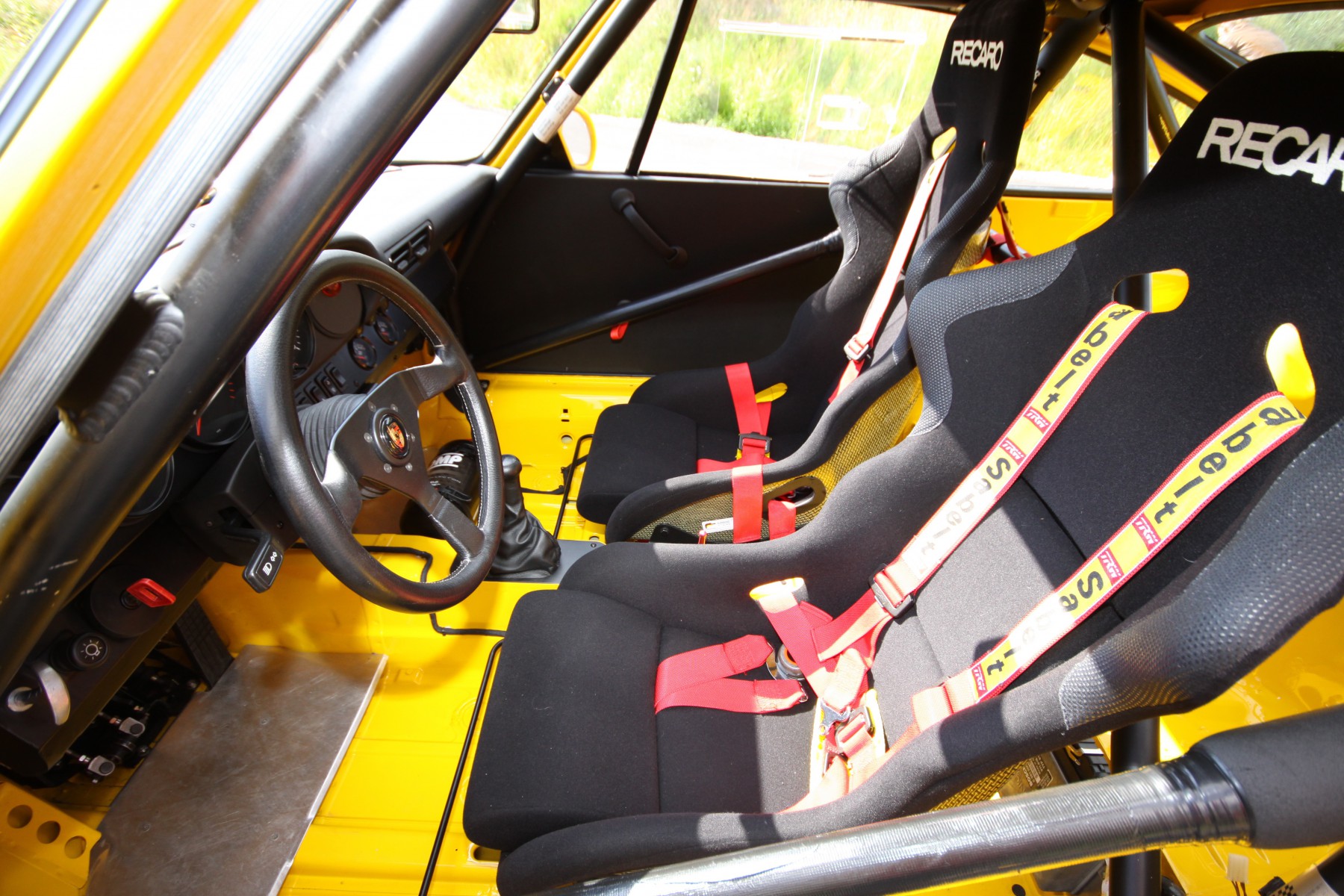 This car is a ultra rare 964 C4 Lightweight (Lightbau). It is one of the only 22 super light, 4 wheel drive 964 racing cars build by Porsche Customer Racing Department in Weissach under leadership of Jurgen Barth in 1990/1992. The car was originaly delivered to a German customer, who became the long term owner of the car.

In the fall 1988 American customers expressed a desire for a lighter but technically mostly production based Carrera 4 for club racing. The result became a very rare and exotic racing car. Each Carrera C4 LW started as a bare 964 bodysell which were rewelded in Weissach and aluminium doors and front lids were installed. The car got plastic side windows with sliding vents, lightweight door panels with pull handles. The car was equiped with only pure essentials in the name of weight saving. Racing seats, aluminium safety cage and a fire extinguisher were installed for the racing use. The engine was 3,6 liter twin plug engine with 265 hp. The 4 wheel drive system came from 953 Paris-Dakar car and the suspension from 964 CUP cars. The brake system has its origin in the 917 racing car. The final 964 C4 LW weighted 1100 kg compared to a original 964 C4 of 1450 kg and 964 RS of 1220 kg.

The car has certificate of authenticity and inspection report by Jurgen Barth.