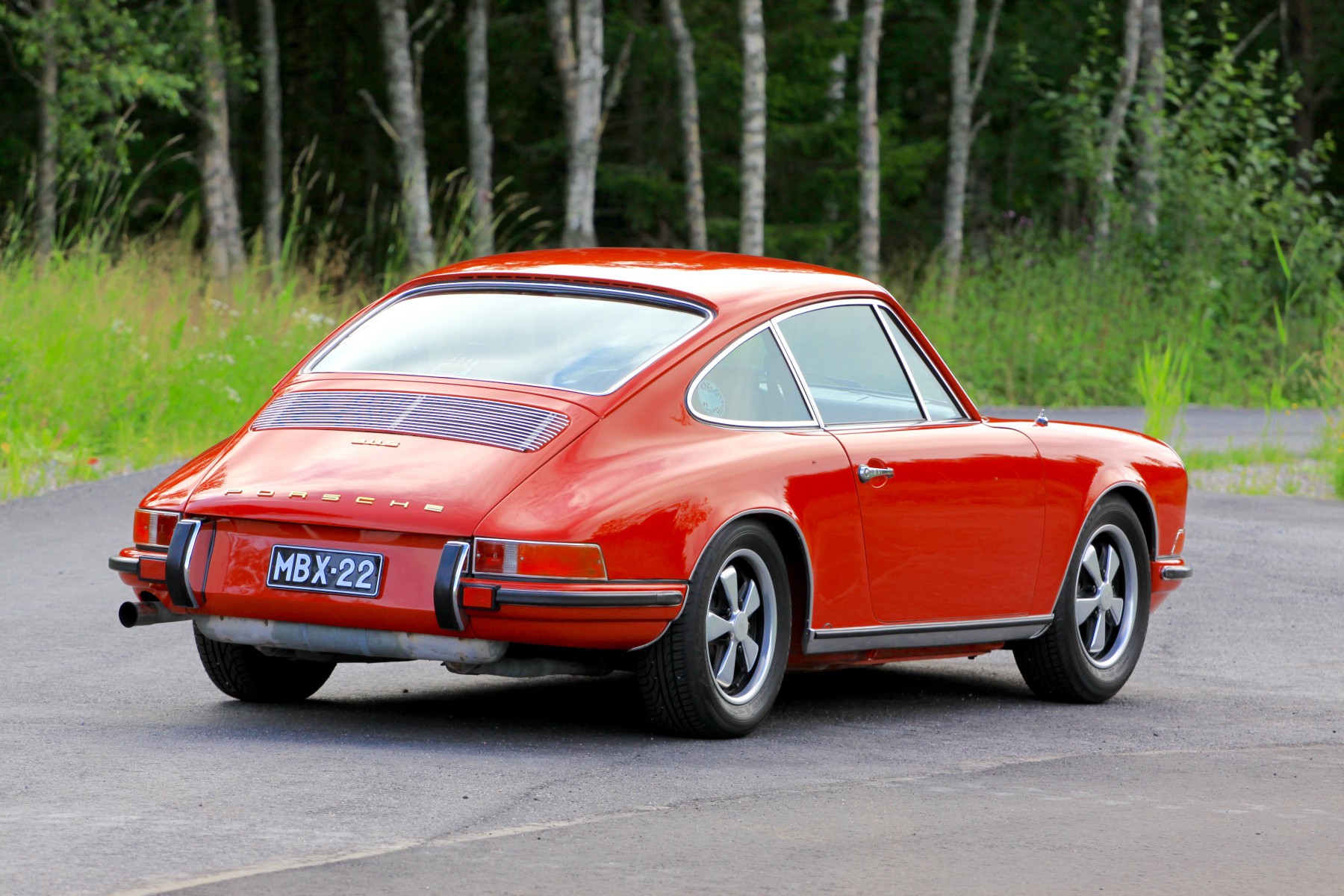 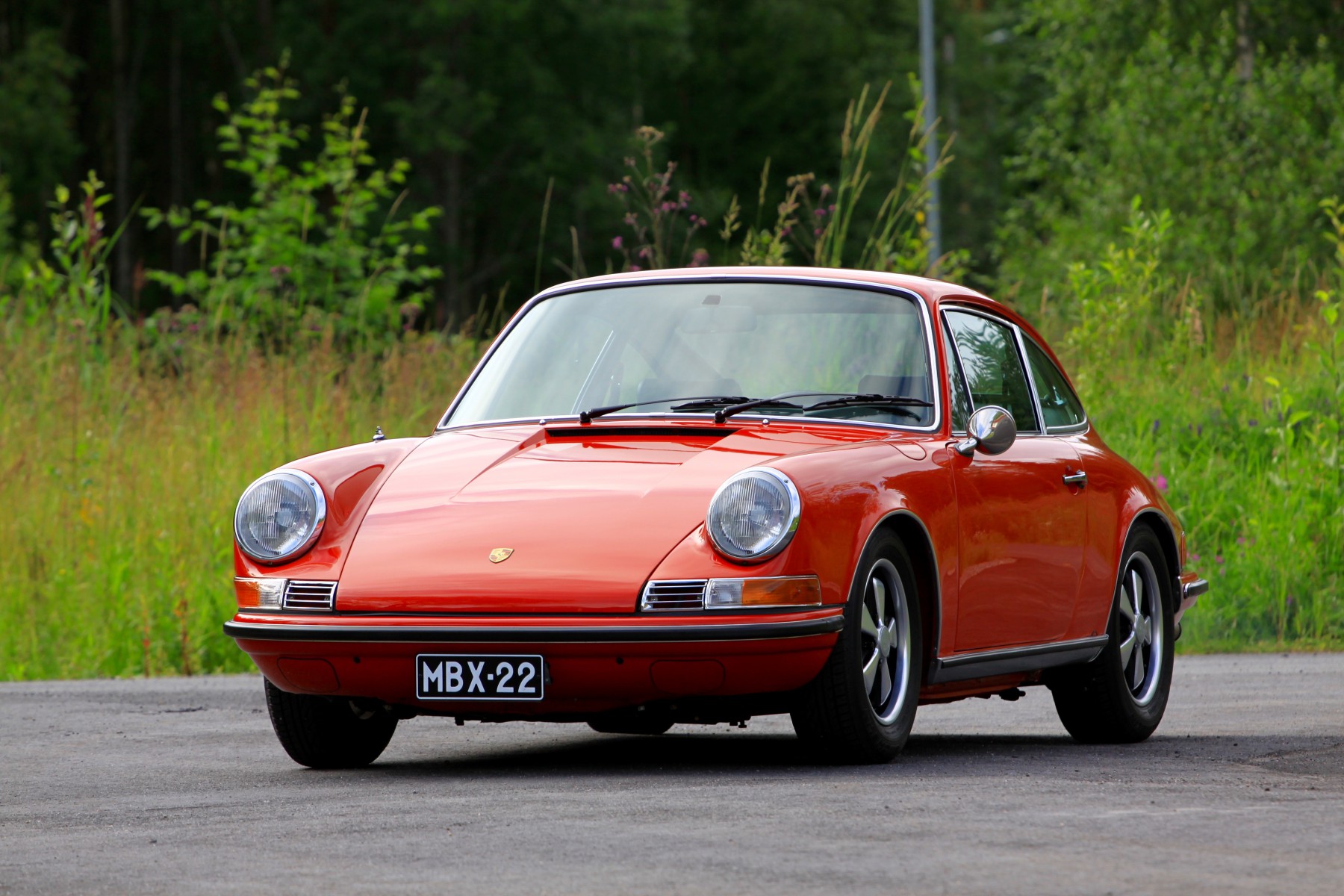 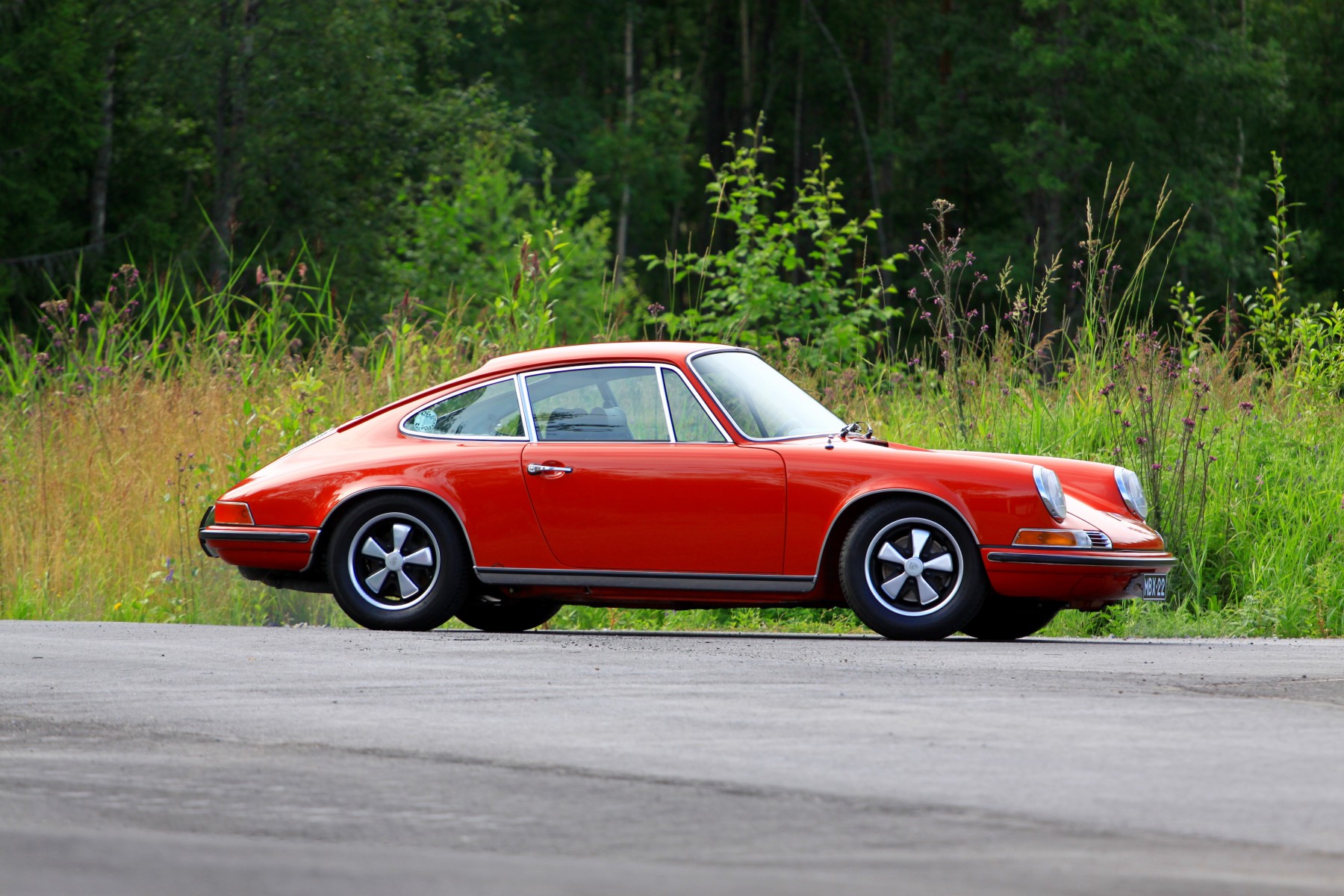 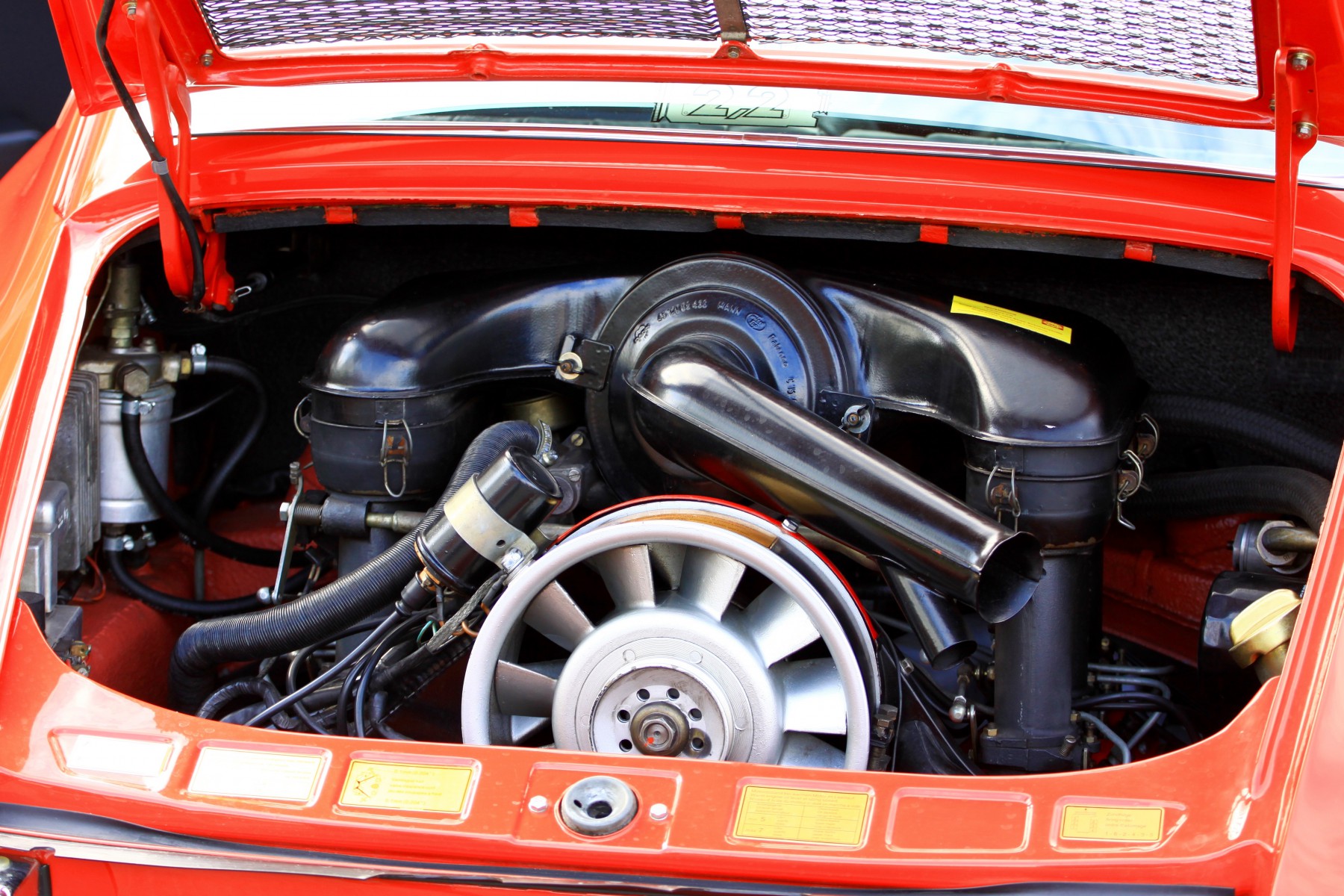 This beautiful 1970 model 911 S was ordered originally as a showroom car to  Autohaus Winter in Berlin in late 1969. The car was ordered to a customer specified color which was ”Trafic Red”. This color was coming popular at the time as highly visible ”Safety Color”. Since then the car has had 5 owners. First a German lady in Berlin and then an American serviceman who moved with the car back to USA and became a long term owner. The extensive history of the car is fully documented. In 2005 the car went trough a full renovation in Leverkusen by Tasso Charampalidis. In early 2014 it was fully overhauled by well known Porsche specialist PS Automobile in Lippstadt. This fully matching numbers car is having some rare original luxury options like the full leather seats and wheel arch crom trims. The car is in perfect confition and in Finnish Veteral Vehicle register with FIVA certificate.