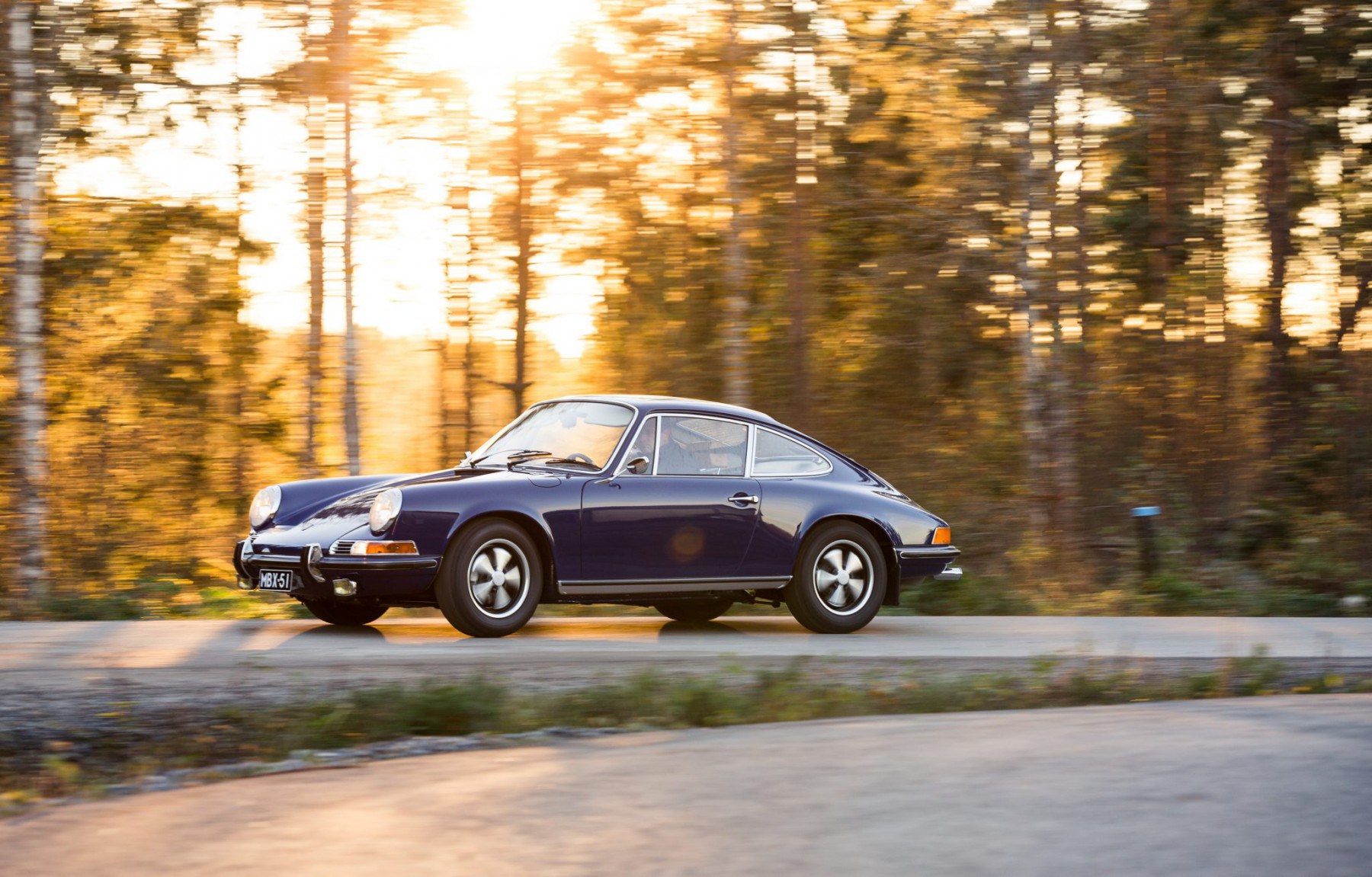 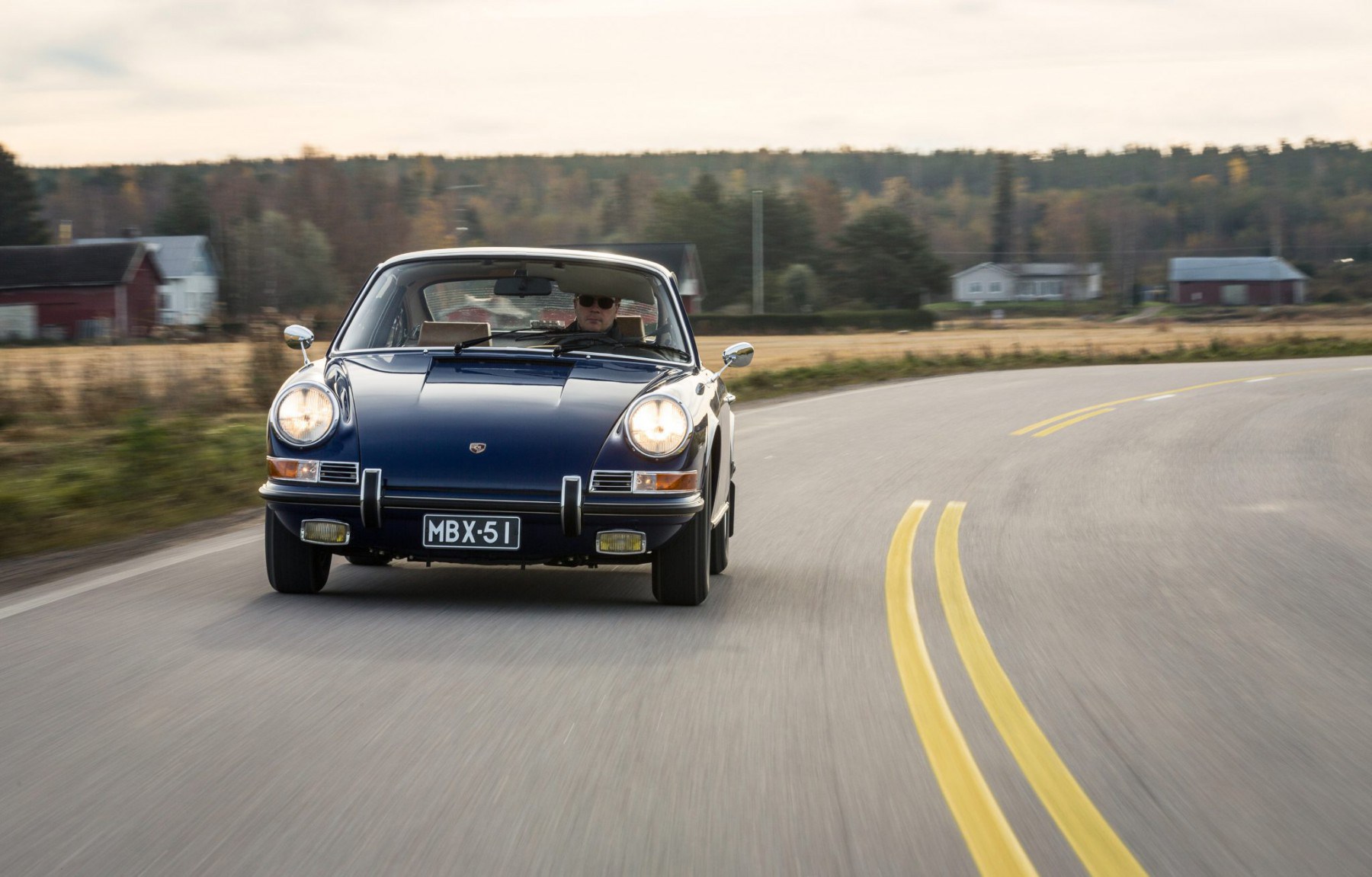 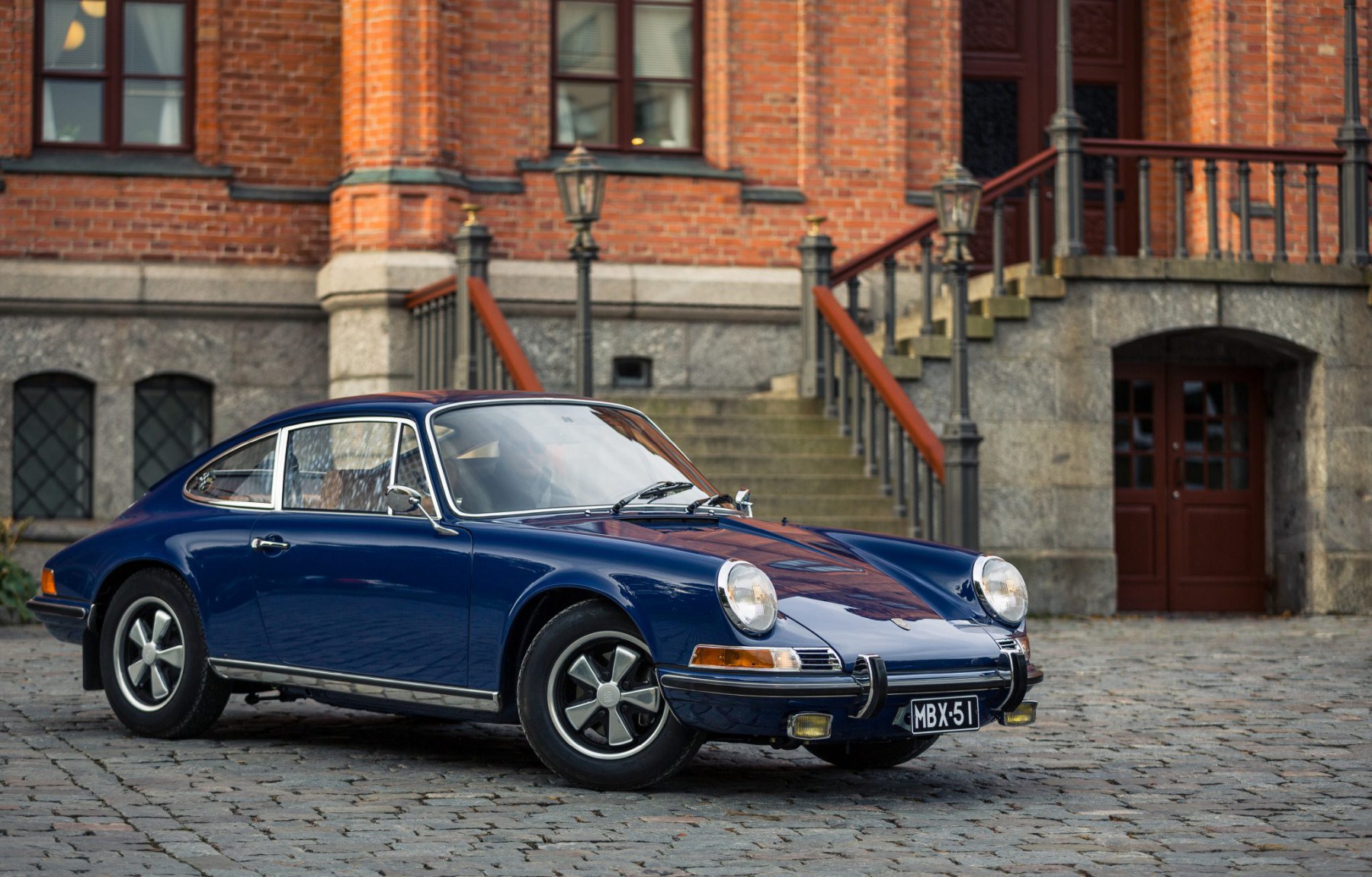 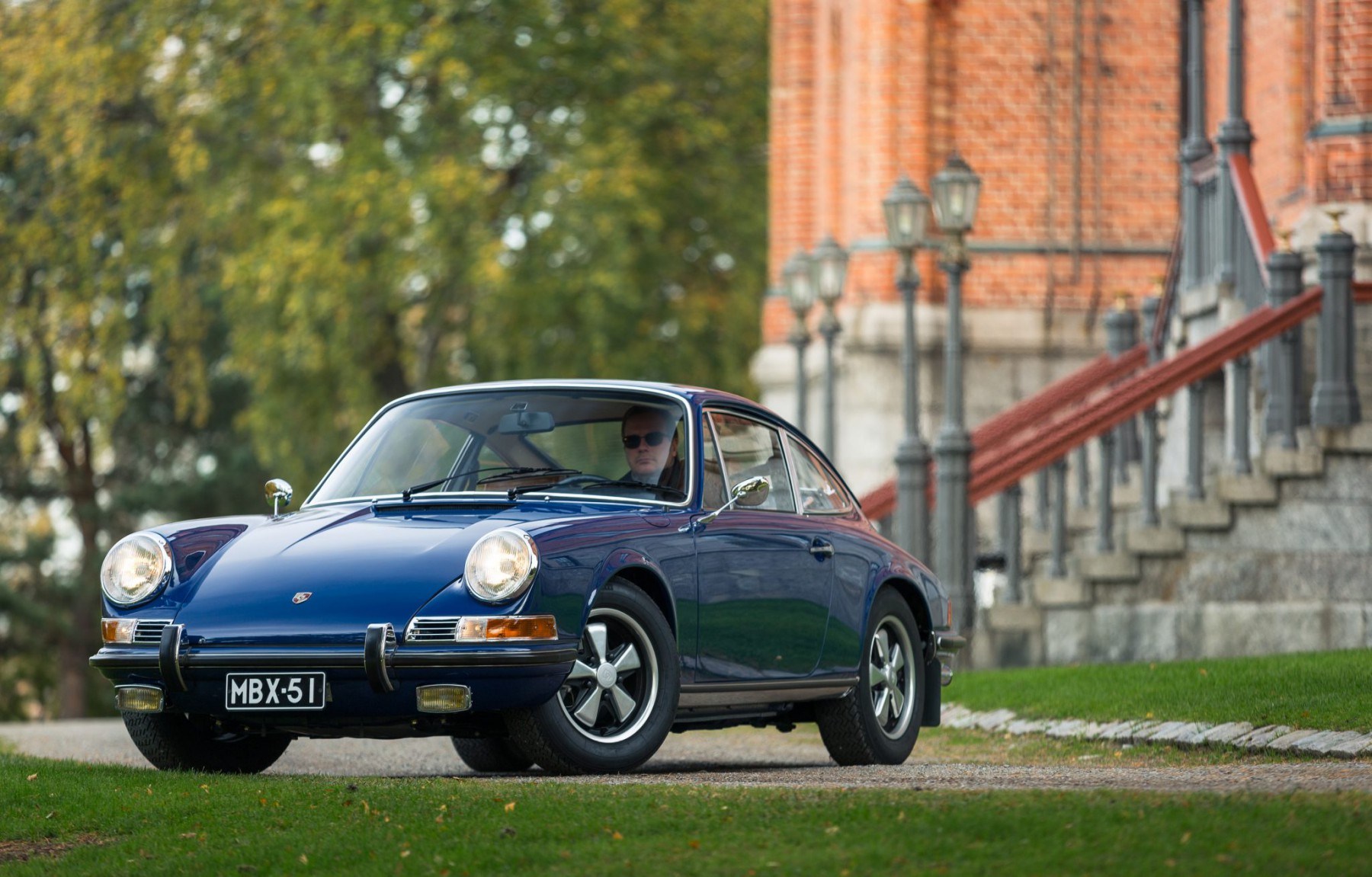 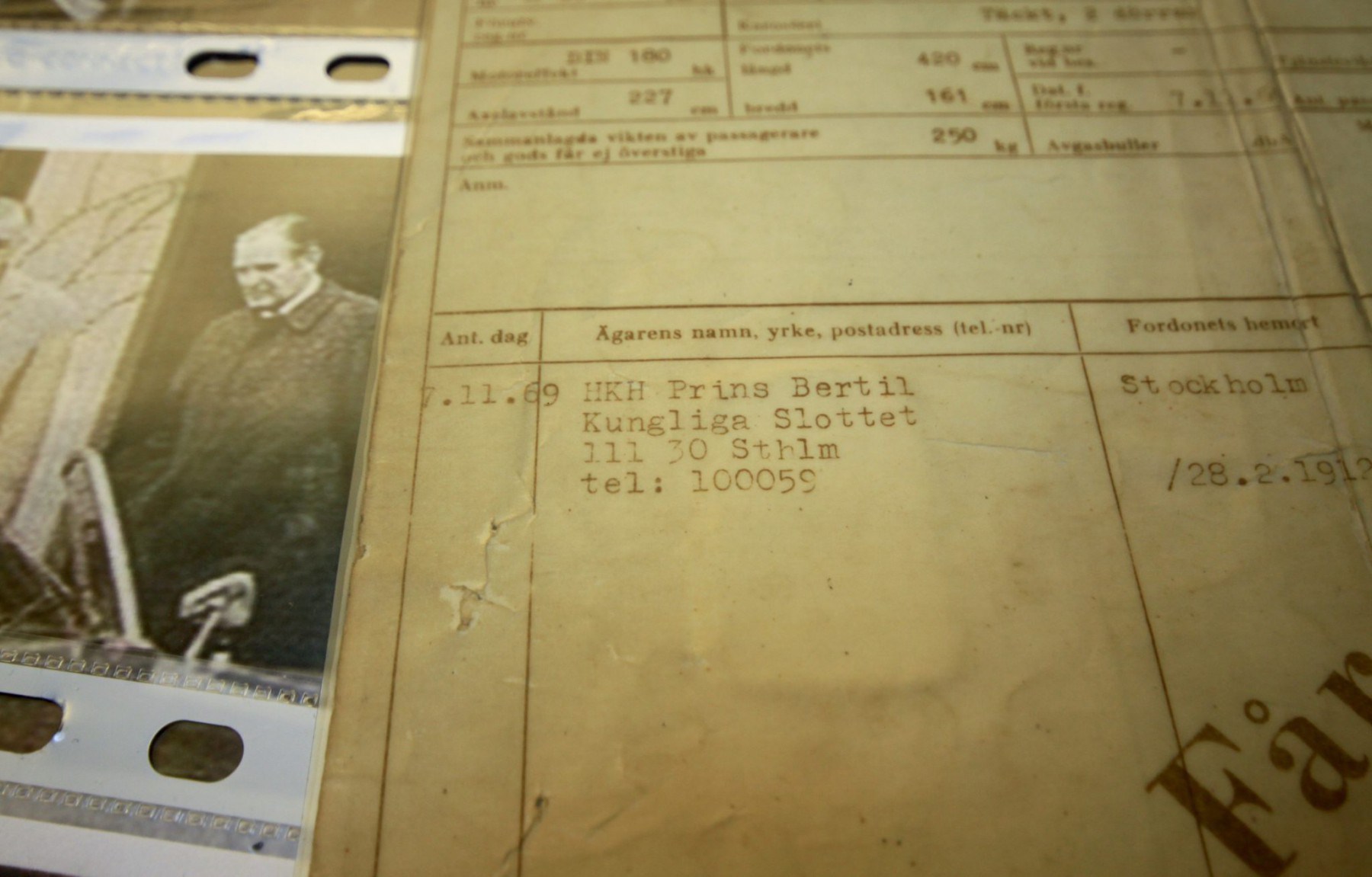 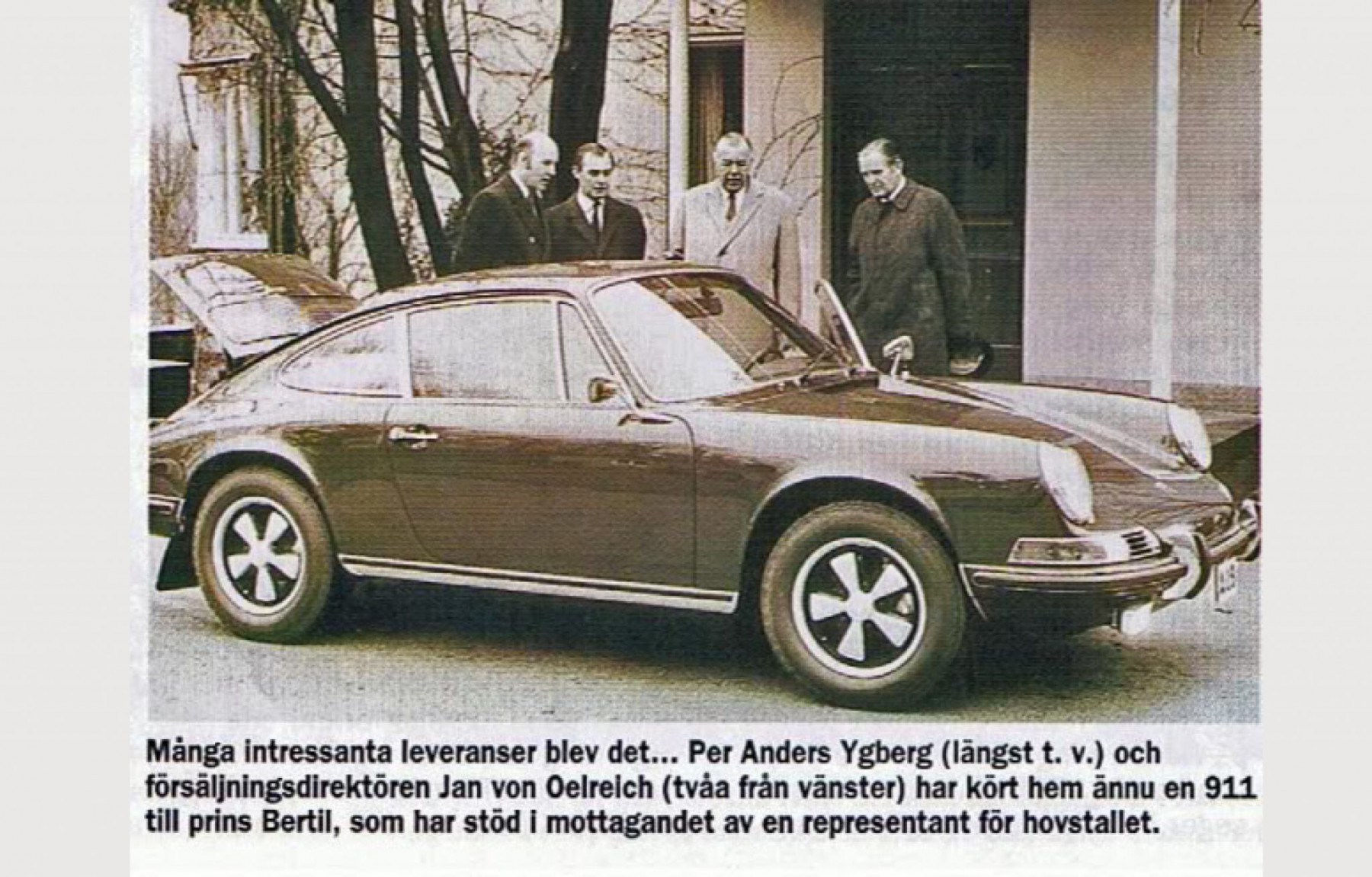 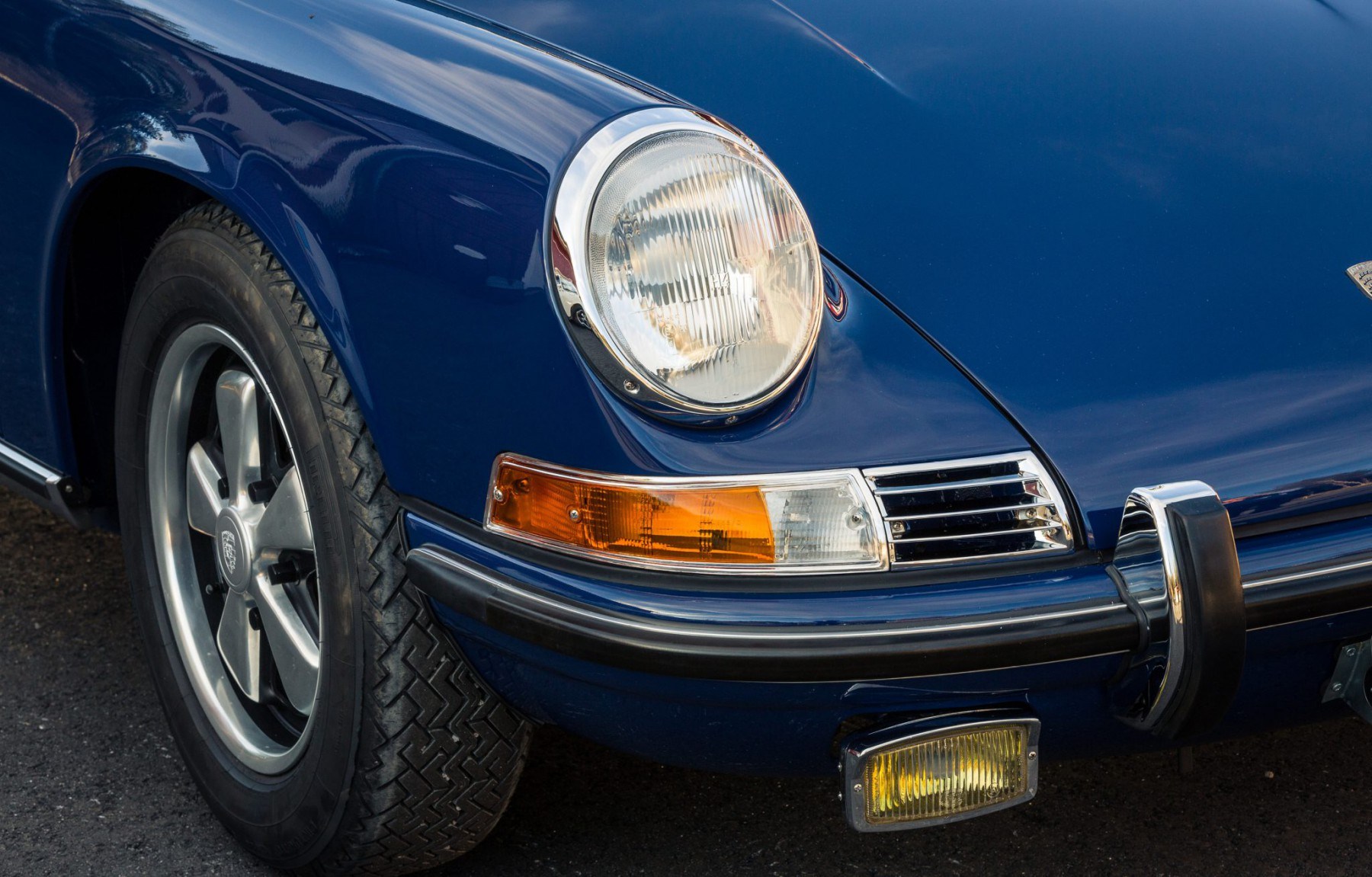 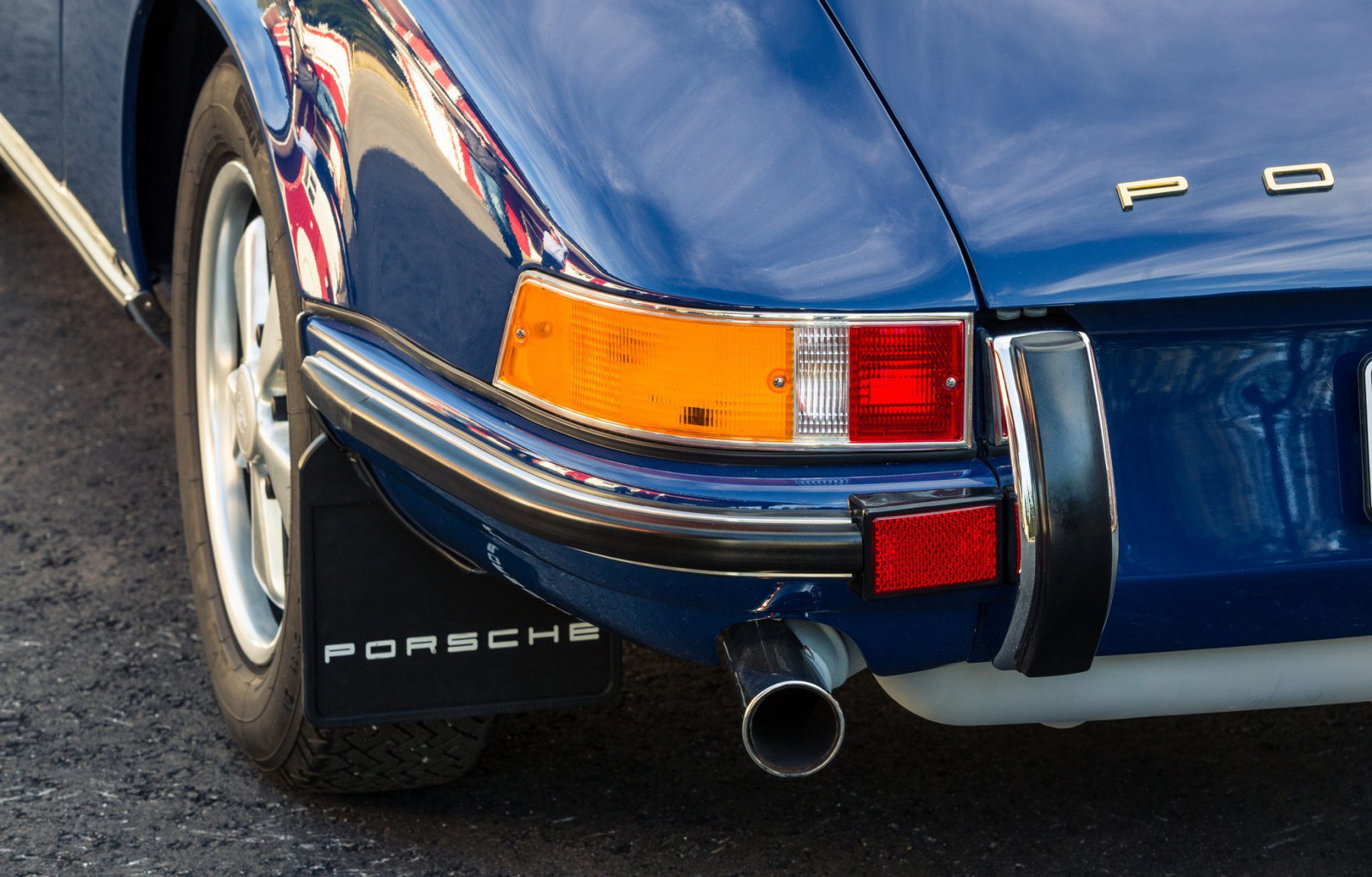 This historically very special Albert Blue, 1970 model, 911 S was delivered originally to His Majesty Prince Bertil of Sweden in November 1969. The delivery ceremony of the car in front of his home, ”Villa Solbacken” in Stockholm has been captured in several old pictures which have confirmed many special details of this fully matching numbers car. The car has extensive history file covering the ownership history insweden and Netherlands and includes the original registration documents in name of Prins Bertil from 1969.

The car has gone trough over 2 years full restoration to concours standards. The car was fully dismantled to a bare metal chassi. It was completely overhauled and then repainted to its original Albert Blue color. Both the engine and gearbox have been rebuild. The car is now returned fully to its original specification with a new    beige/pepita interior. The car had originally special order mirrors, which can be   seen at the picture from delivery ceremony. Same kind of mirrors were used by the famous Swedish rally legend Björn Waldegård, in 1969, in his 911 rally car.

The car is ready in concourse condition and in Finnish Veteran Vehicle Register with a FIVA certificate since summer 2016.