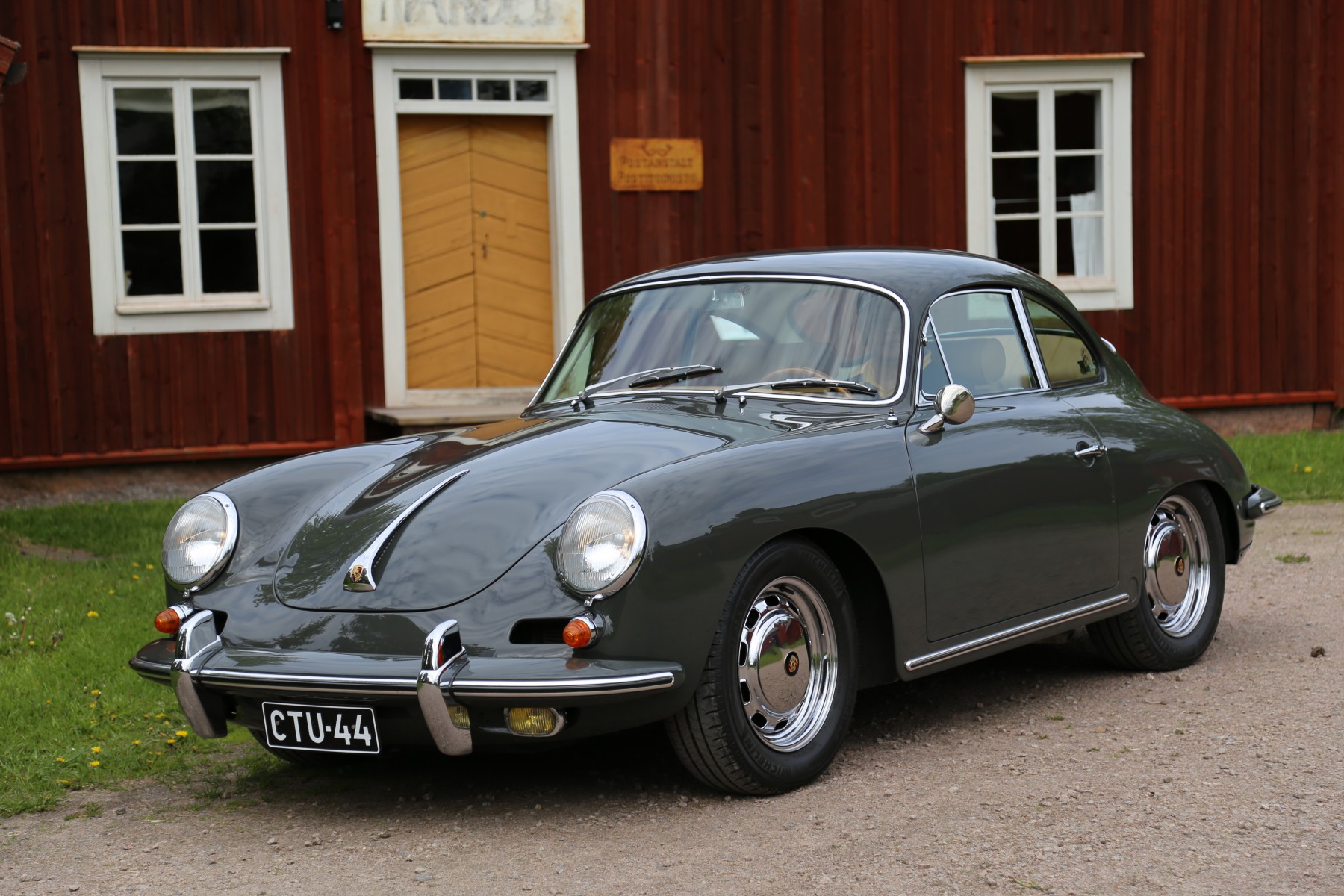 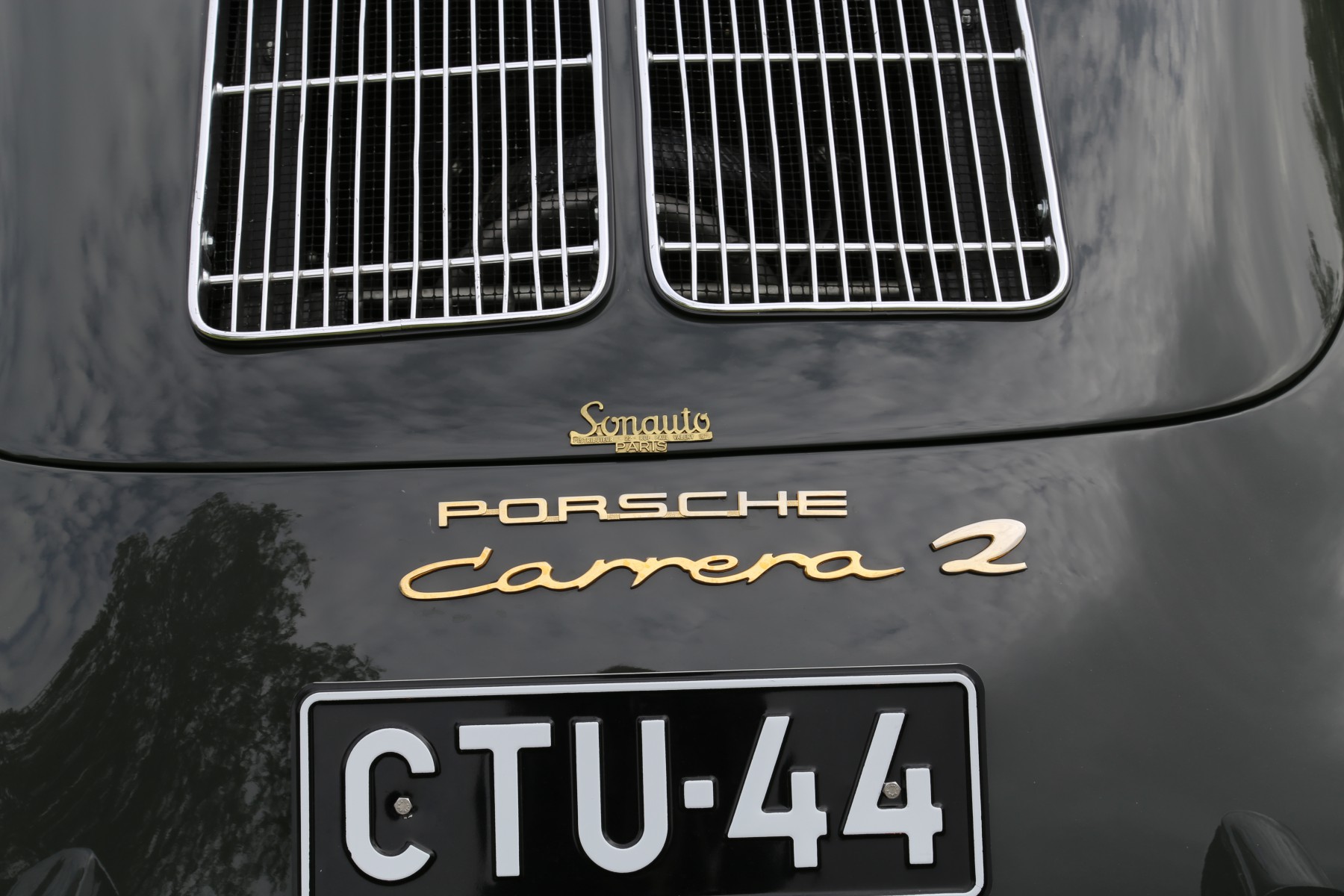 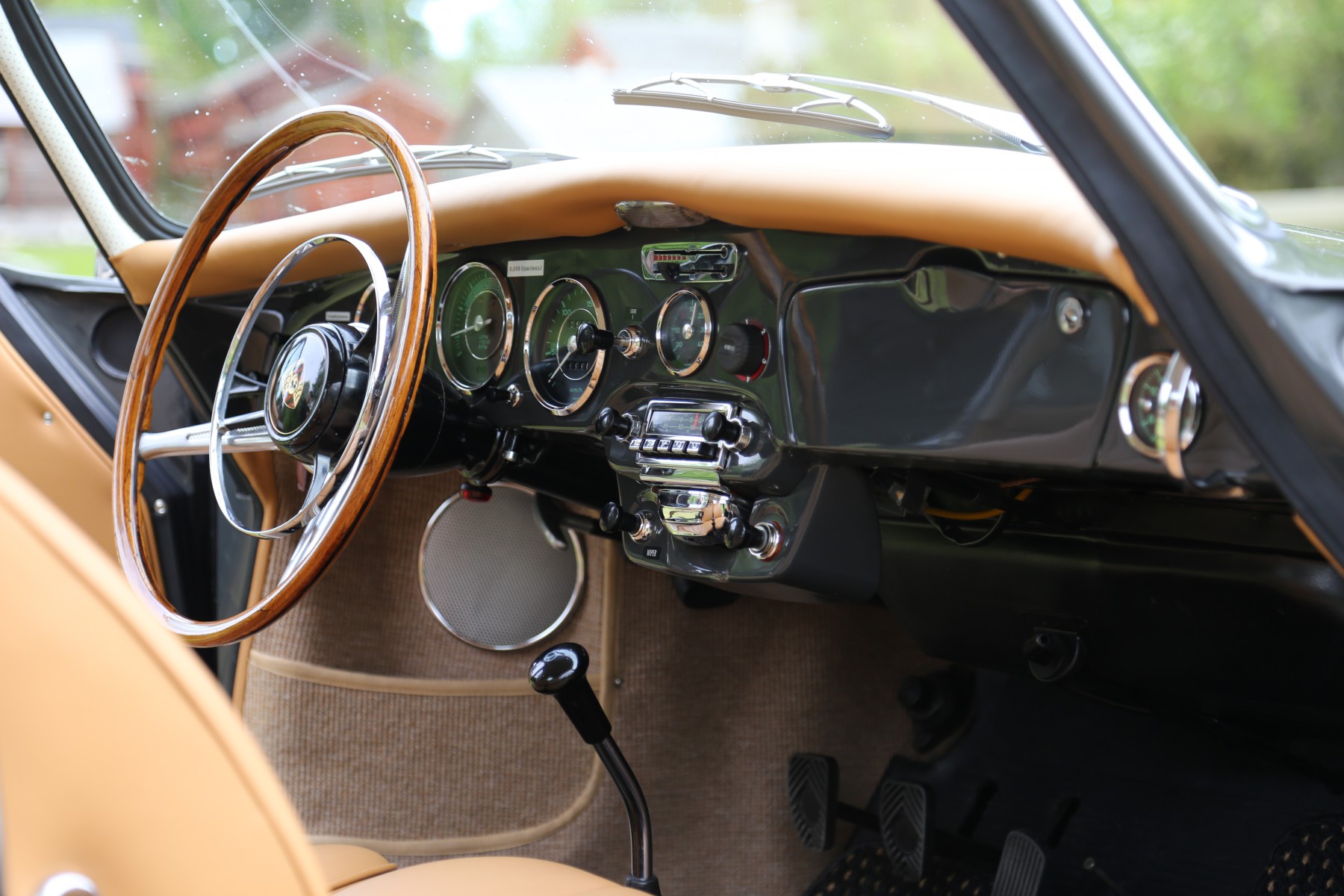 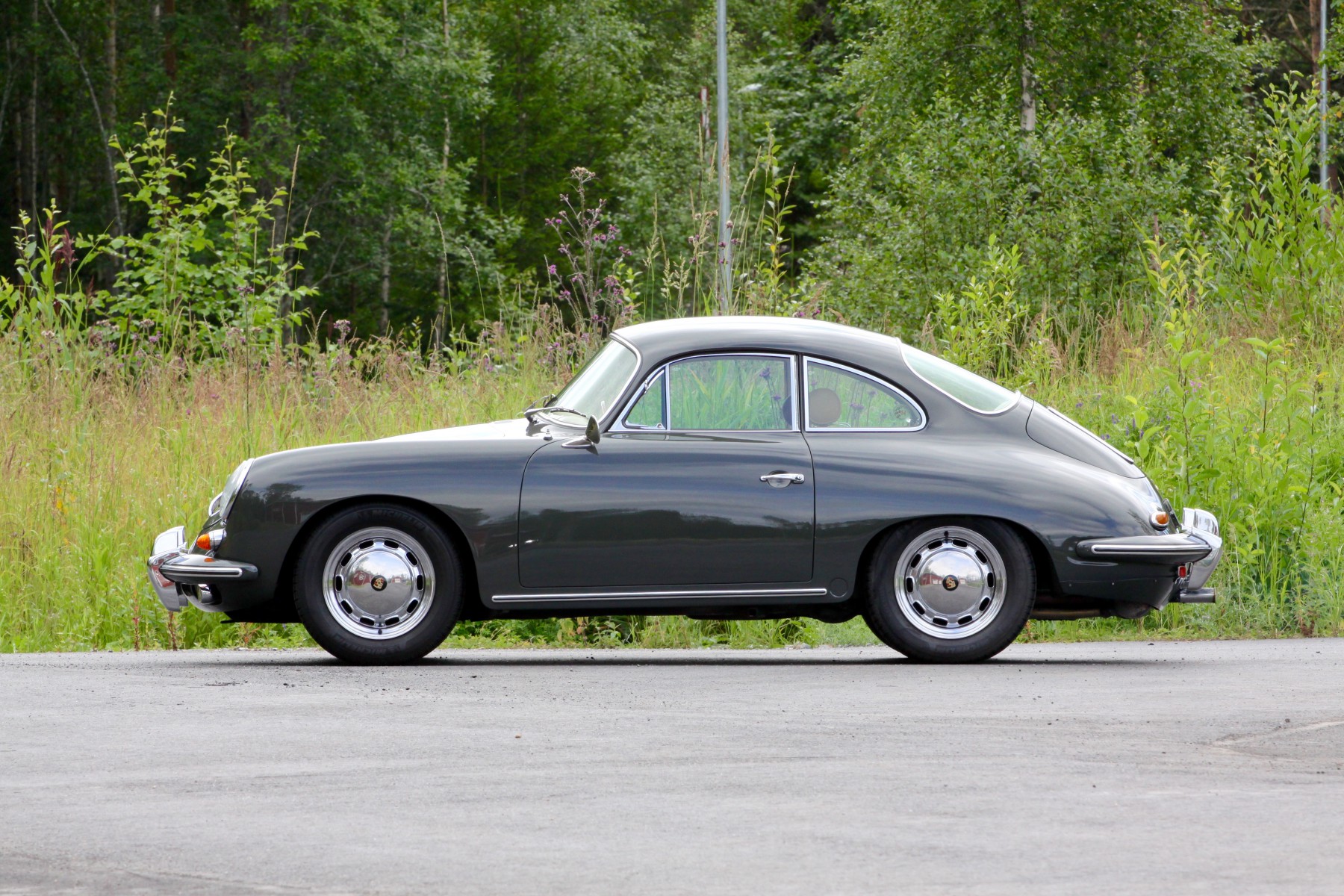 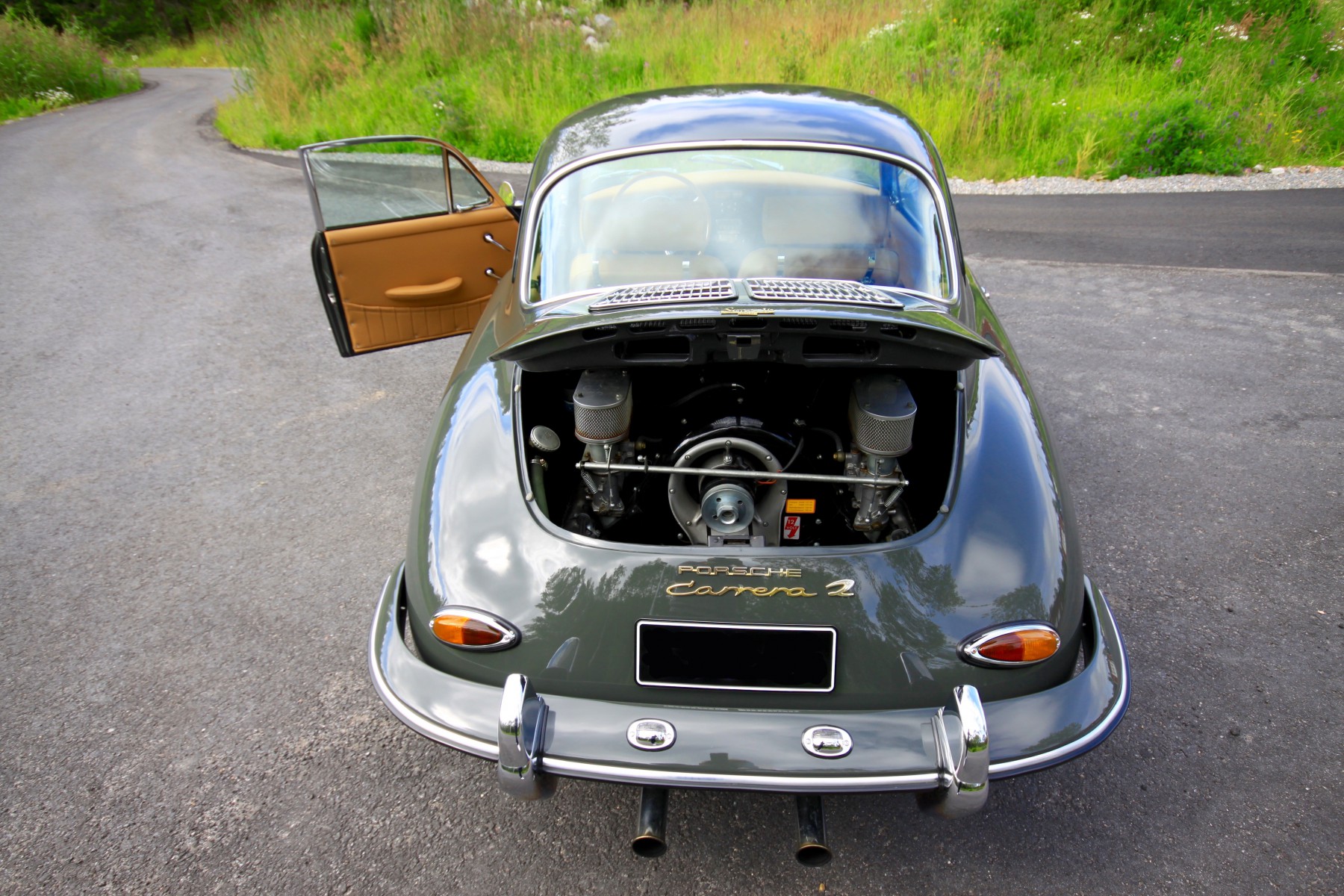 One of only 436 Porsche 356 Carrera 2 build between 1962-1965. First registration in 1962 in France. In 1982 the car went to Germany, where it was used also in racing events. Engine was upgraded with competion parts used in 904 racers, to about 150 bhp. Brakes are upgraded to 356 C model disk brakes. In 1997 the car was completely renovated by a well known German restorer Harald Hackenberg. The car was painted to its original Slate Gray color and it got a new red interior. Then the car was sold again back to France. In 2013 the car was completely overhouled, repainted and it got back its original light braun interior. This car has very colorfull history which is well documented in a extensive history file. The car is now in perfect condition and in Finnish Veteran Vehicle Register with FIVA passport.