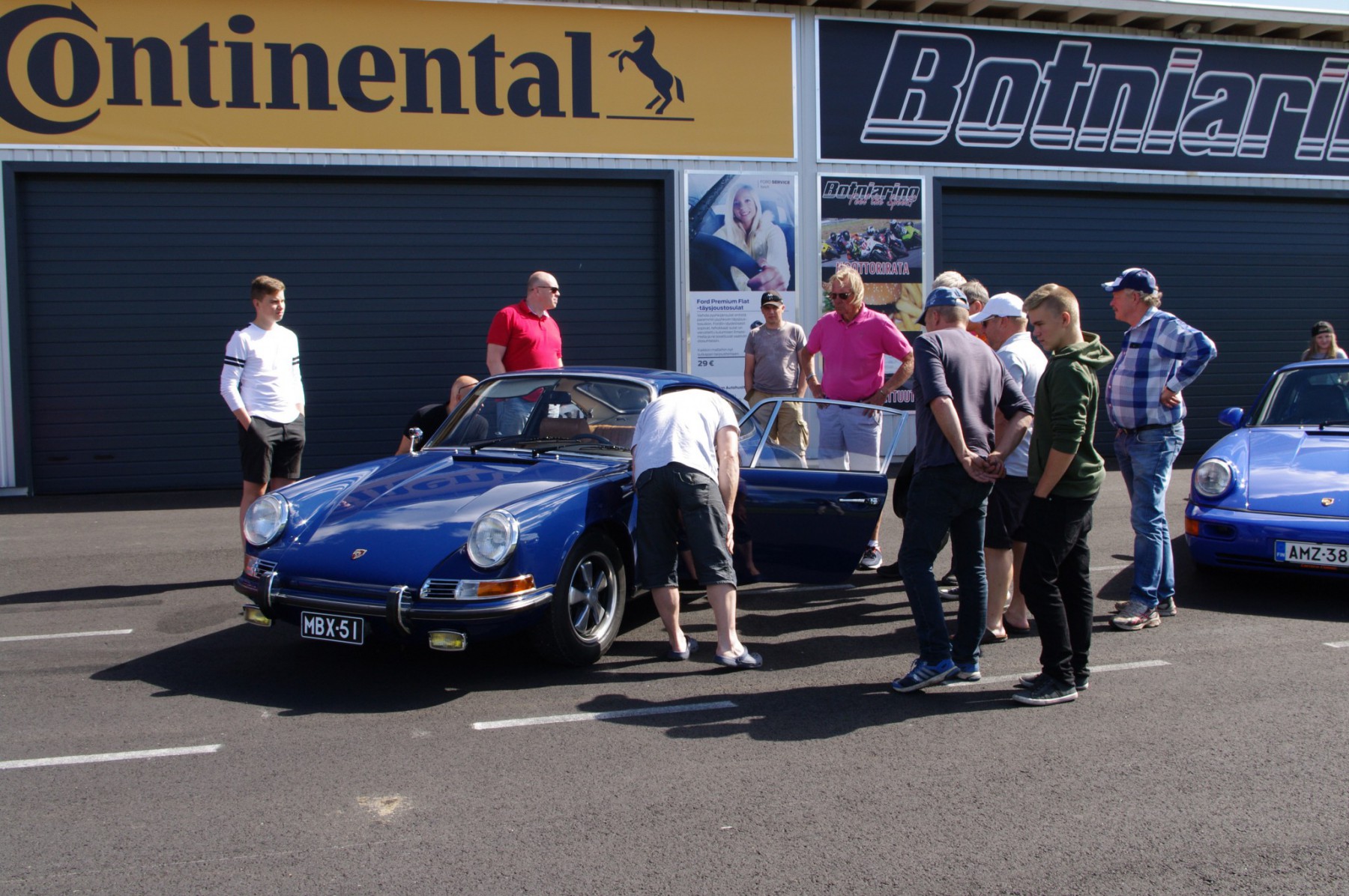 Carrera Classic organized a track and test day at the Botniaring racing track on Wednesday July 27. We were first driving the track cars: the 964 C4 LW, 964 RS and the GT3 RS 4.0 in their own environment. This year we were lucky with the weather as we could enjoy dry track trough out the whole day. The most interesting part of the test drive was to compare the two similar, fully renovated 1970 model 2.2 liter 911 S cars. These cars were of course not put trough the real racing track driving, but Botniaring offered perfect conditions to compare the handling of the cars in a controlled environment. The interesting, but not so surprising finding was the major difference which the tyres make on these cars handling. One of the cars had the new historically correct 185/70 WR15 PIRELLI CINTURATO ™ tyres and the other car had the new more modern Pirelli P6000 195/65 R15 which are popular in old 911s and which were recommended also by the Porsche Classic. The more modern lower profile and wider tyre give much better handling in the speed, but the historically correct profile gives the car the original look and the correct historical feel. In the end of the day it is question of the use. For historically important cars we prefer 185/70 and for the drivers cars 195/65. The test day was also a nice summer day for our friends and families. 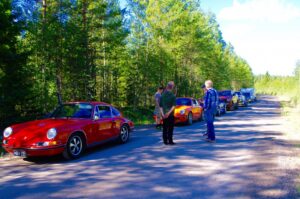 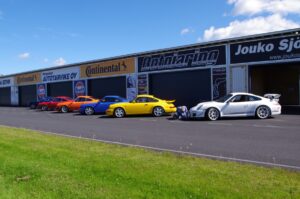 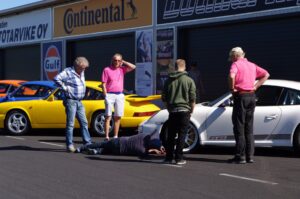 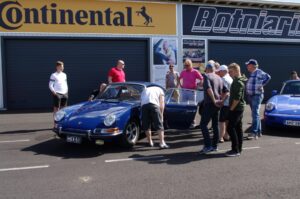 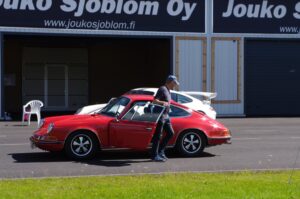 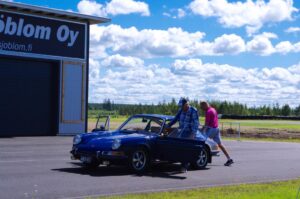 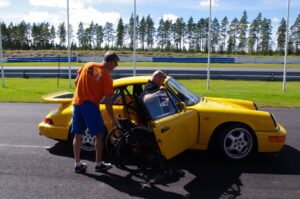 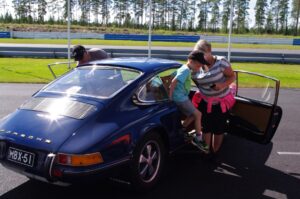