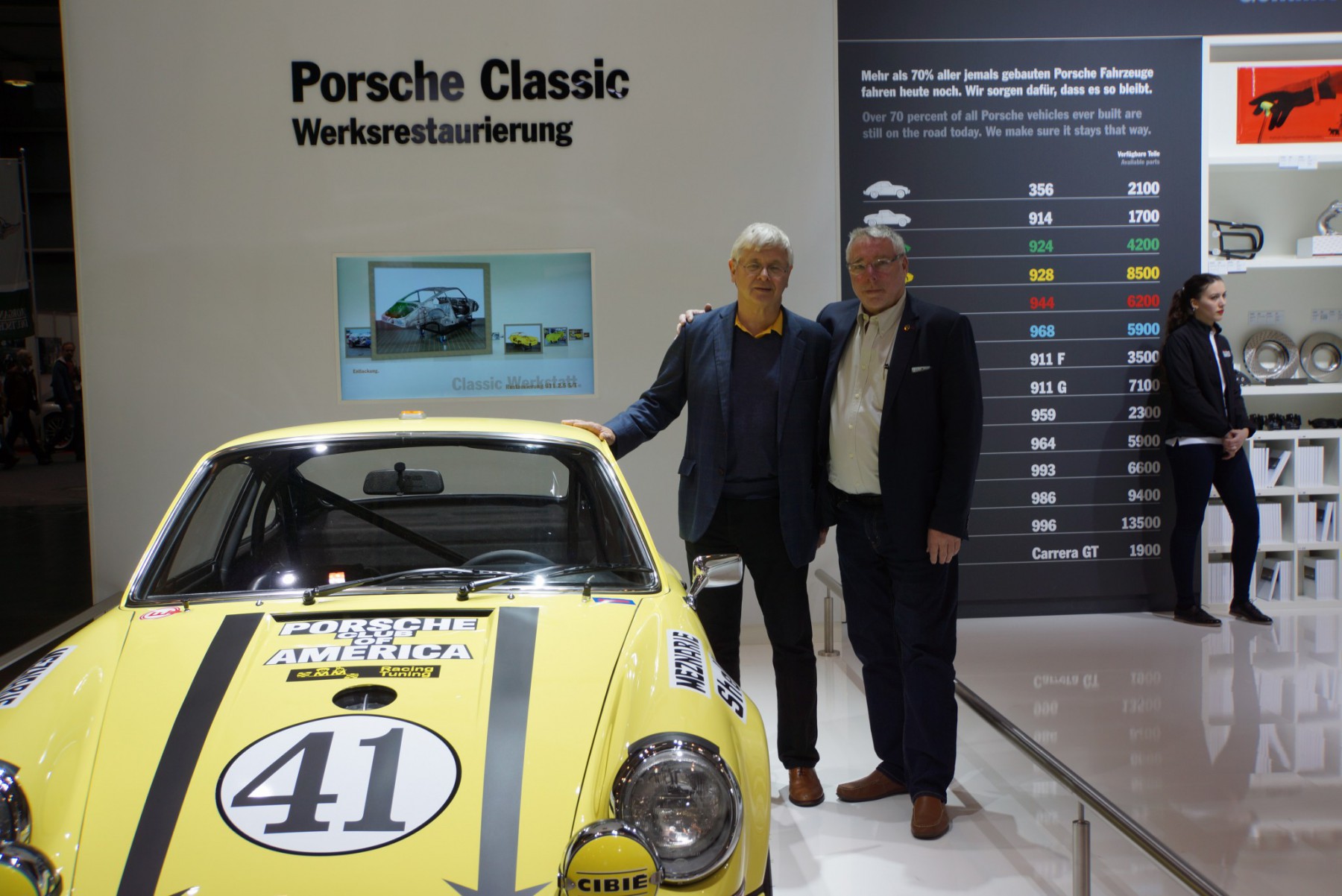 As in earlier years Carrera Classic attended to the world largest fair for classic cars, the Tecno-Classica in Essen on 6-10.4. 2016. This year in total 201.000 car enthusiasts came to Essen to share their passion.

The highlight of the fair for us was the yellow 1972 Porsche 911 2.5 S/T restored by the Porsche Classic experts and displayed on the official Porsche stand. This car is one of the only 24 2.5 S/T racing cars build in 1971-1972. These special cars, based on standard 2.4 liter 911 S coupe, were offered to private teams to compete in Group 4 FIA events with the option M491. This option was a lightweight / fullcompetition-prepared car quipped with the 2.5 liter twin-ignition racing engine with either Bosch mechanical injection system or with Weber type 46 IDA carburators. The output of the flat 6 engine was 270 – 275 hp at 8000 rpm.

In 1972 this car was driven in all the big endurance races in USA and    in Europe mainly by Mike Keyser and the 1977 Le Mans winner Jurgen Barth. The highlight of the 1972 season was the class victory for the GT cars up to 3 liters and formidable 13th place overall in 24 hours of Le Mans.

We had also the pleasure to meet Jurgen Barth at the Porsche stand in Techno-Classica.  We looked together this fantastic car and the great work Porsche Classic has done in restoring it to its former glory. This case shows how professional restoration can preserve the car even from its relatively sad state before the restoration. 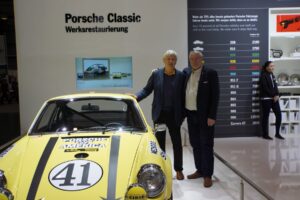 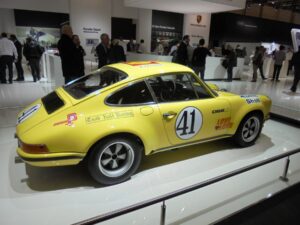 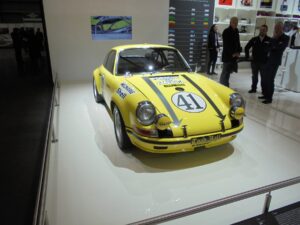 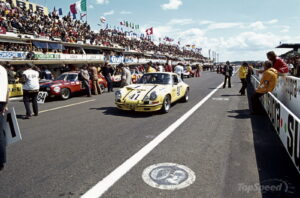 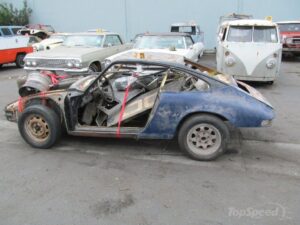