Retro Classics in Stuttgart in southern Germany has clearly established itself as a central meeting place for the classic car scene in southern Germany and its starts to compete with Techno Classica in Essen about the title of greatest or largest classic car show in the world. Carrera Classic visited the fair on to see what is going on in the world of classic cars. The fair is huge: 8 halls, 125.000 m2, 1.550 stands representing classic cars from all ages: Oldtimers, youngtimers and modern classics, classic motorcycles, spareparts, restoration, memorabilia, etc. There were about 3500 cars and most of them for sale. Last year there was 87.000 visitors. The proximity of Mercedes Benz and Porsche factories in Stuttgart made it natural, that the fair was dominated with the German brands including VW, but there was also a lot of classic Italian cars.

This year at the event, Porsche Classic chose to show off their off-road and rallying history. They had the 911 SC Safari model which participated in Safari Rally across Kenya in 1978 driven by Björn Waldegård. He unfortunately lost the victory by hitting a rock on stage and snapping the rear suspension, ultimately finishing very respectable 2nd. The stand also had a 959 rally car which won the 1986 Paris-Dakar rally, driven by Frenchman Rene Metge. 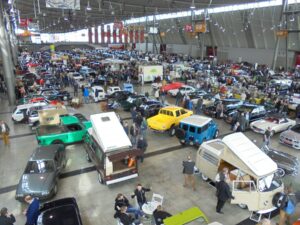 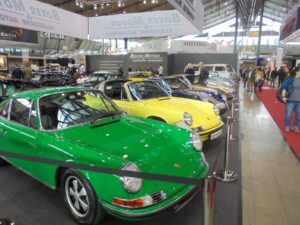 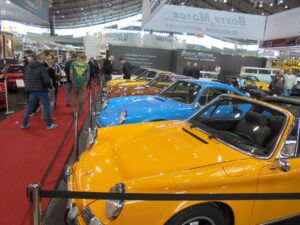 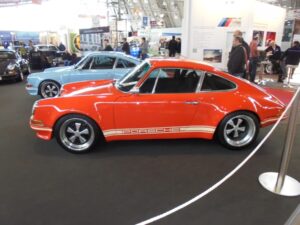 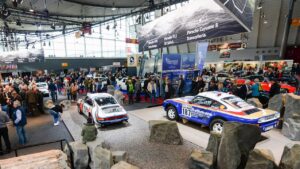 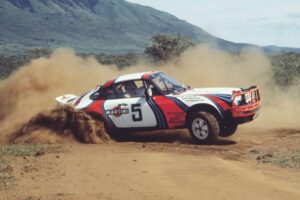 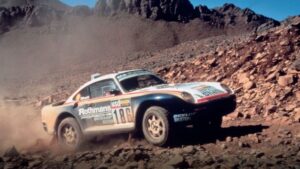