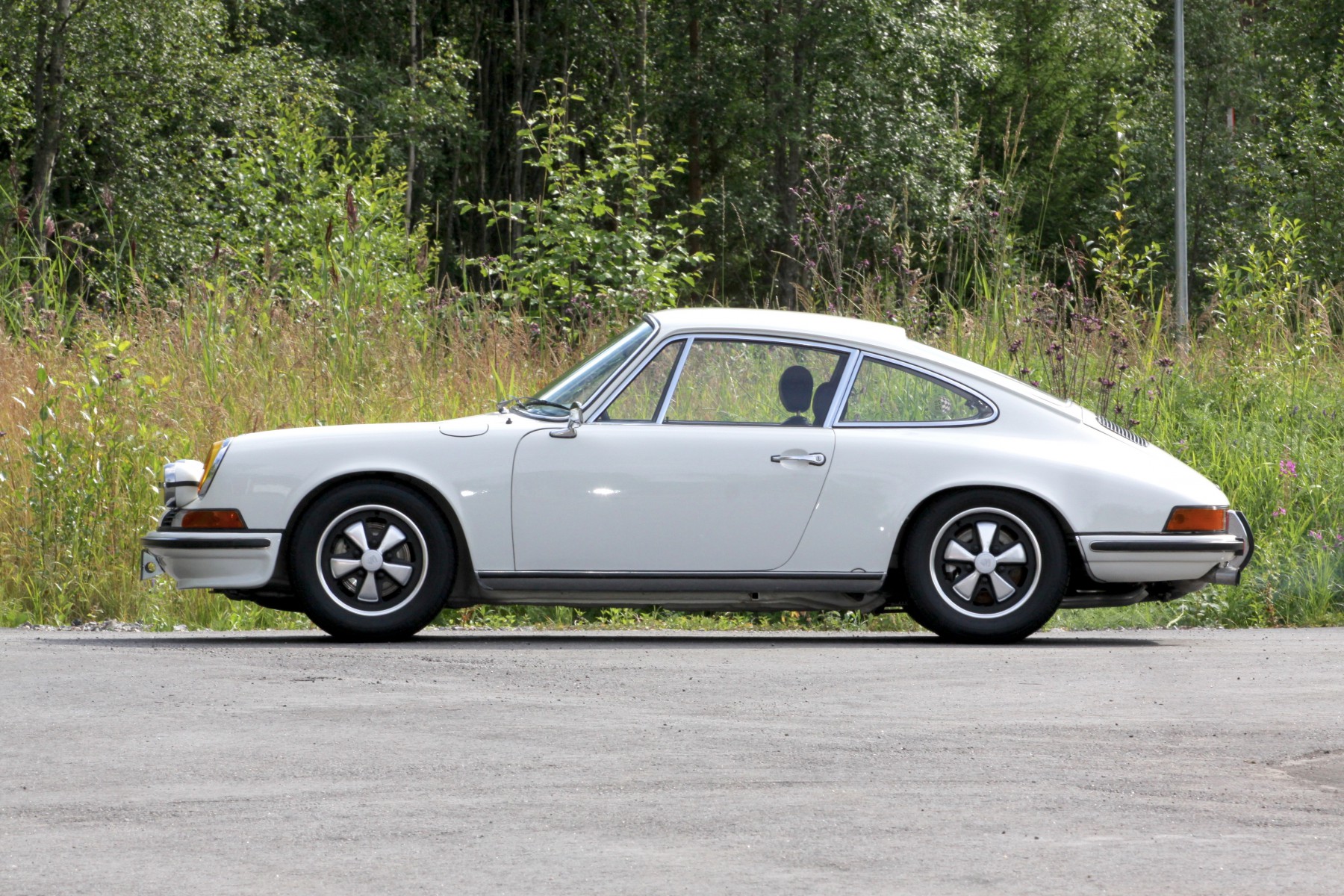 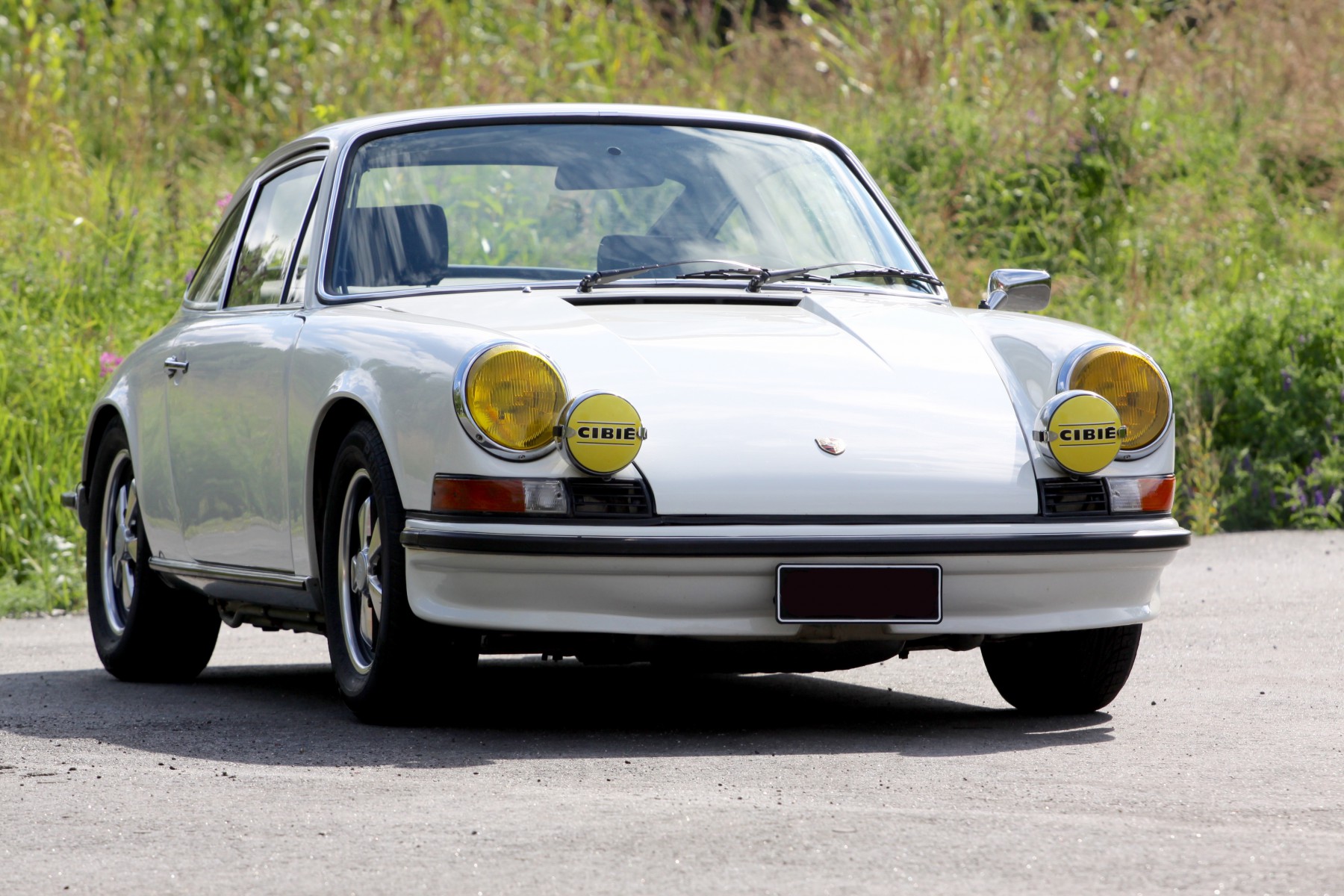 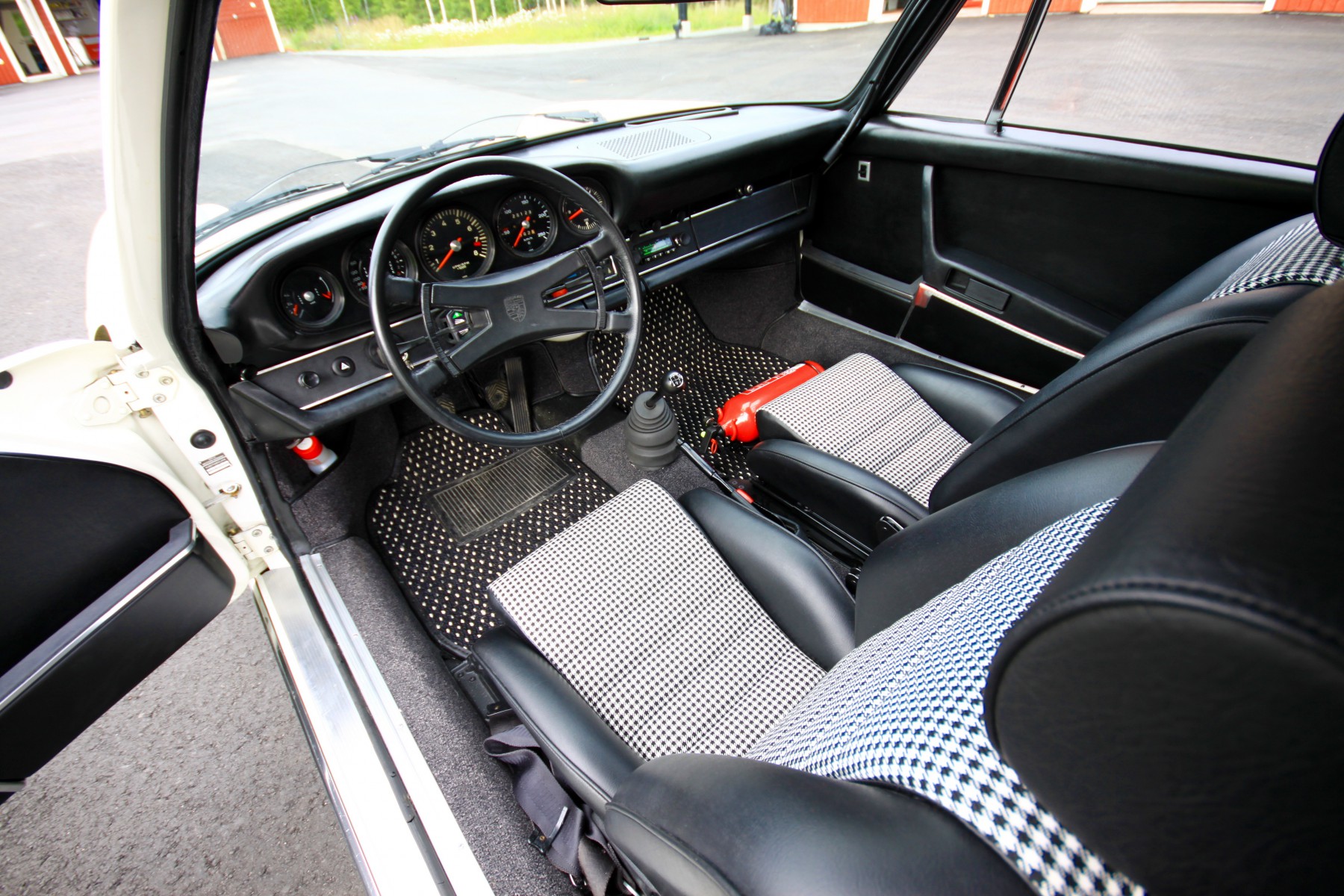 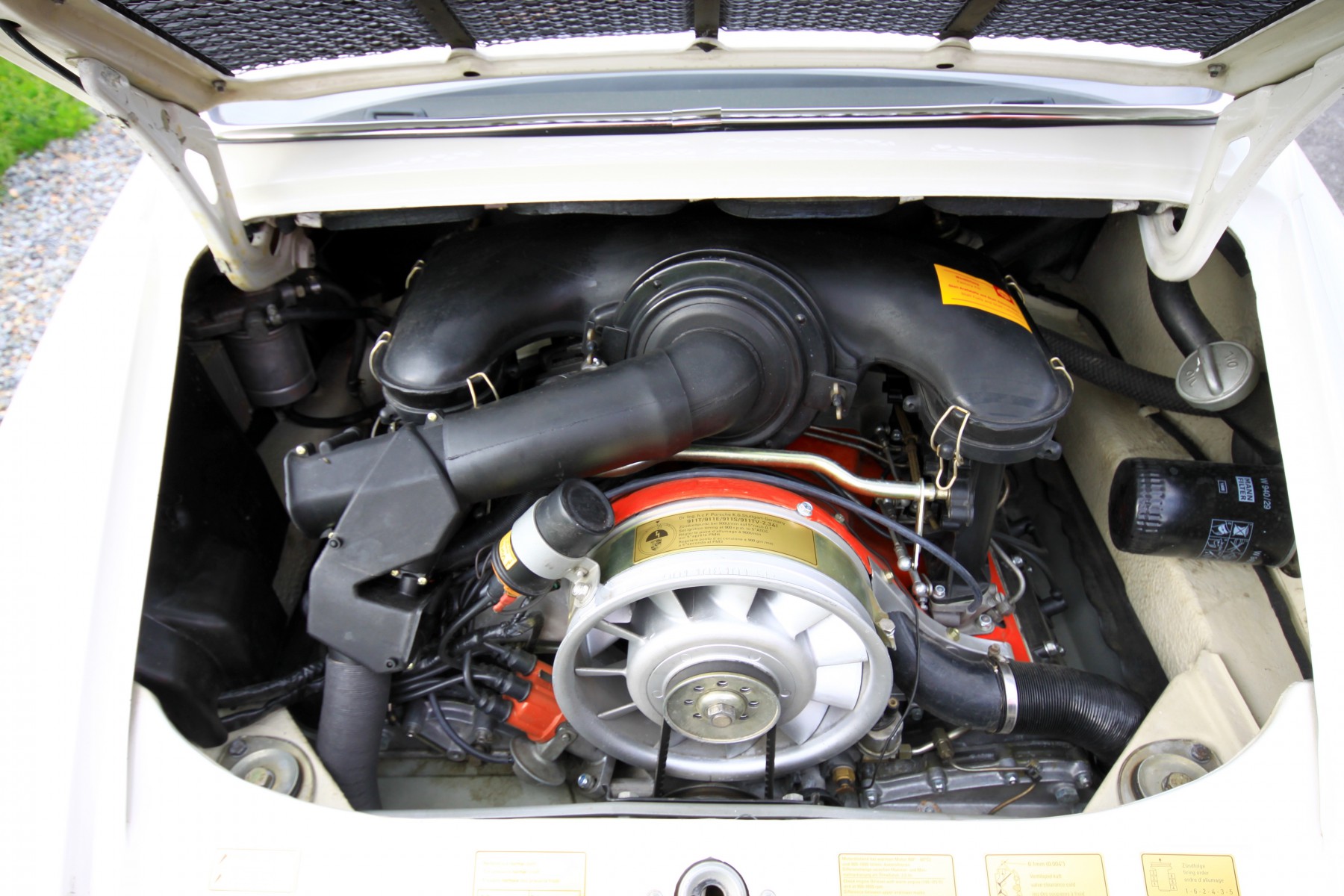 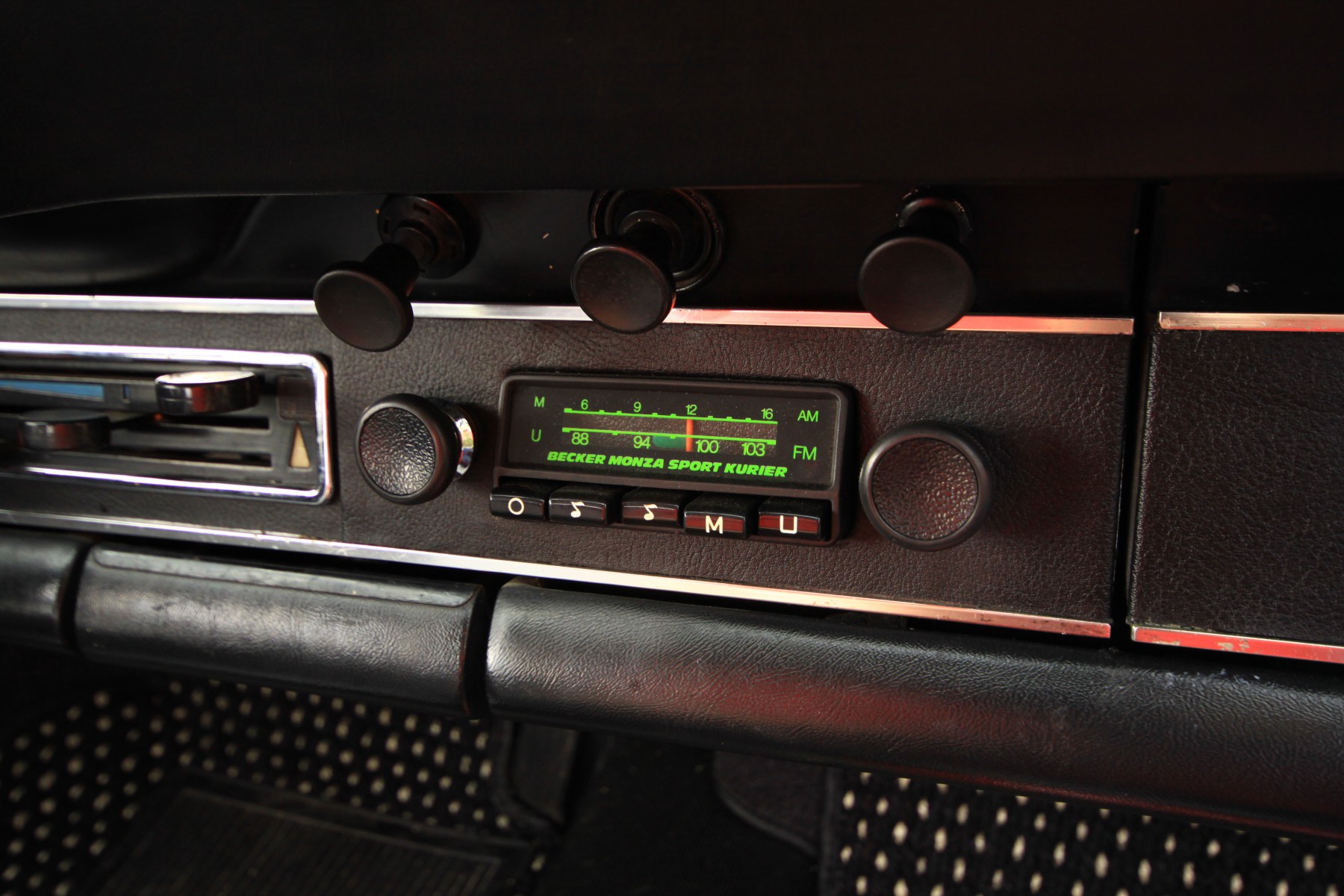 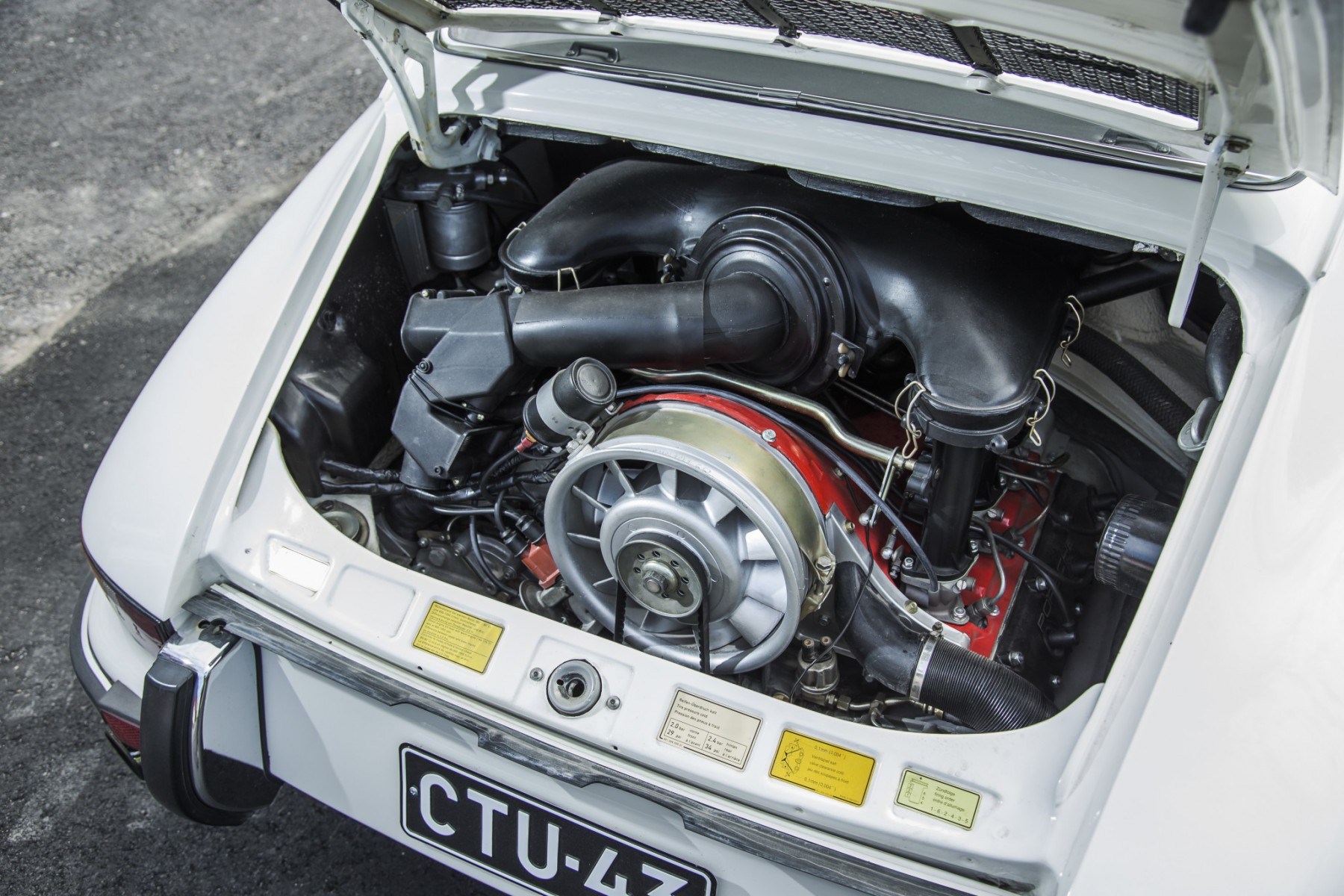 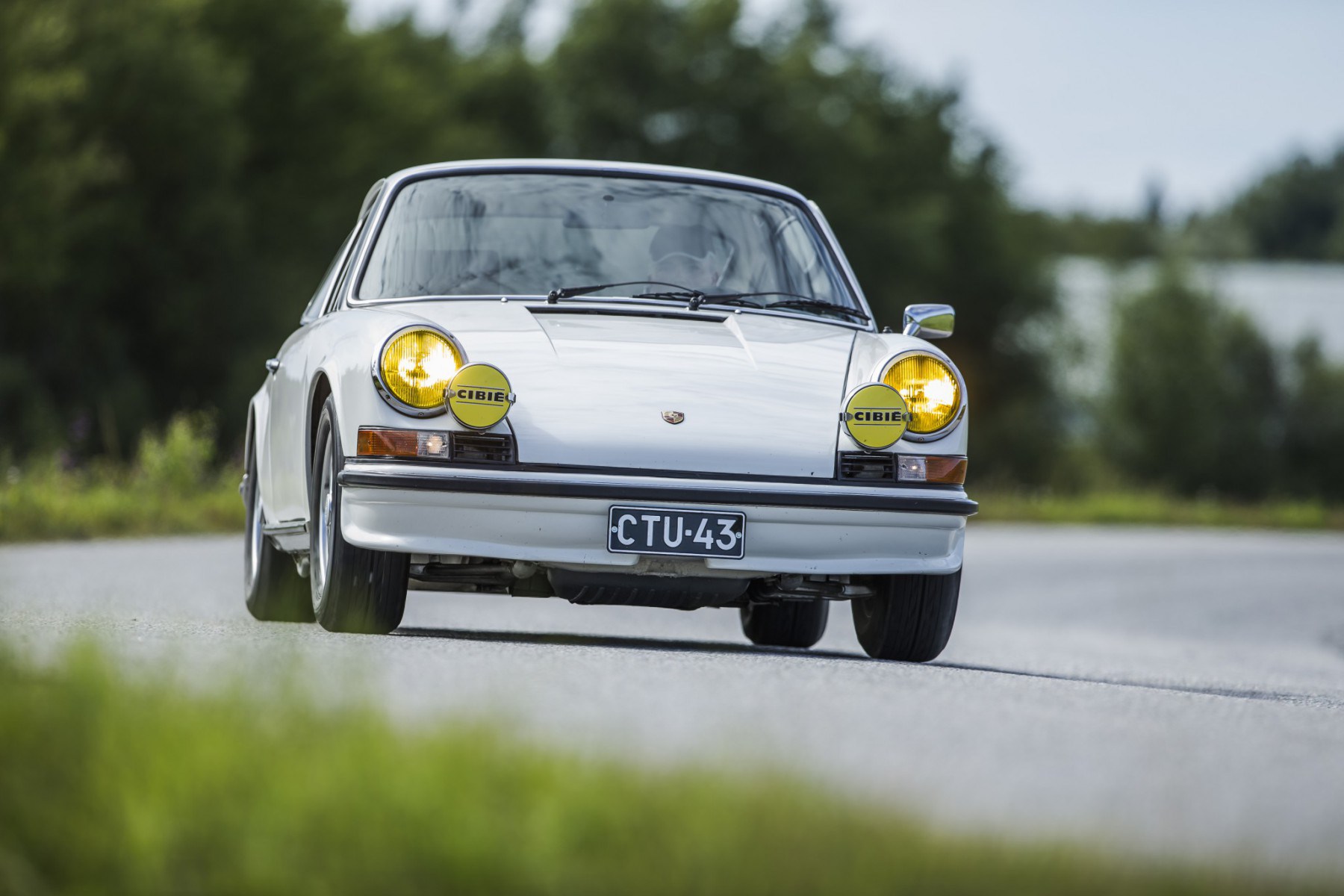 The new 2.4 liter fuel injection engine was introduced for the model year 1972 in the new F series and gave a power increase from 180 bhp to 190 bhp. The new front spoiler was also introduced in 1972 and was standard for S and option for the other models. This new spoiler improved the stability of the car considerably. The 1973 car came with 85 liter tank and with a spacesaver wheel. The decals and grilles of the 1973 cars were black. In total there were 1430 911 S Coupe cars build in model year 1973.

This is fully original specification car with its matching numbers engine. The car has been delivered in 1972 in France. The car was renovated in Belgium in 2004/2010. It was aquired by Carrera Classic in mid 2013 and since then in 2014/2015 the car has gone trough a full rebuild of the engine and the gearbox . The interior and electrical systems have been overhauled and the body has been respryed. To respect the French heritage of the car it has correct yellow driving lights , the additional Cibie Pallas lights and period correct Becker radio. The car is now in perfect condition and Finnish Veteran Vehicle Register with FIVA Certificate.