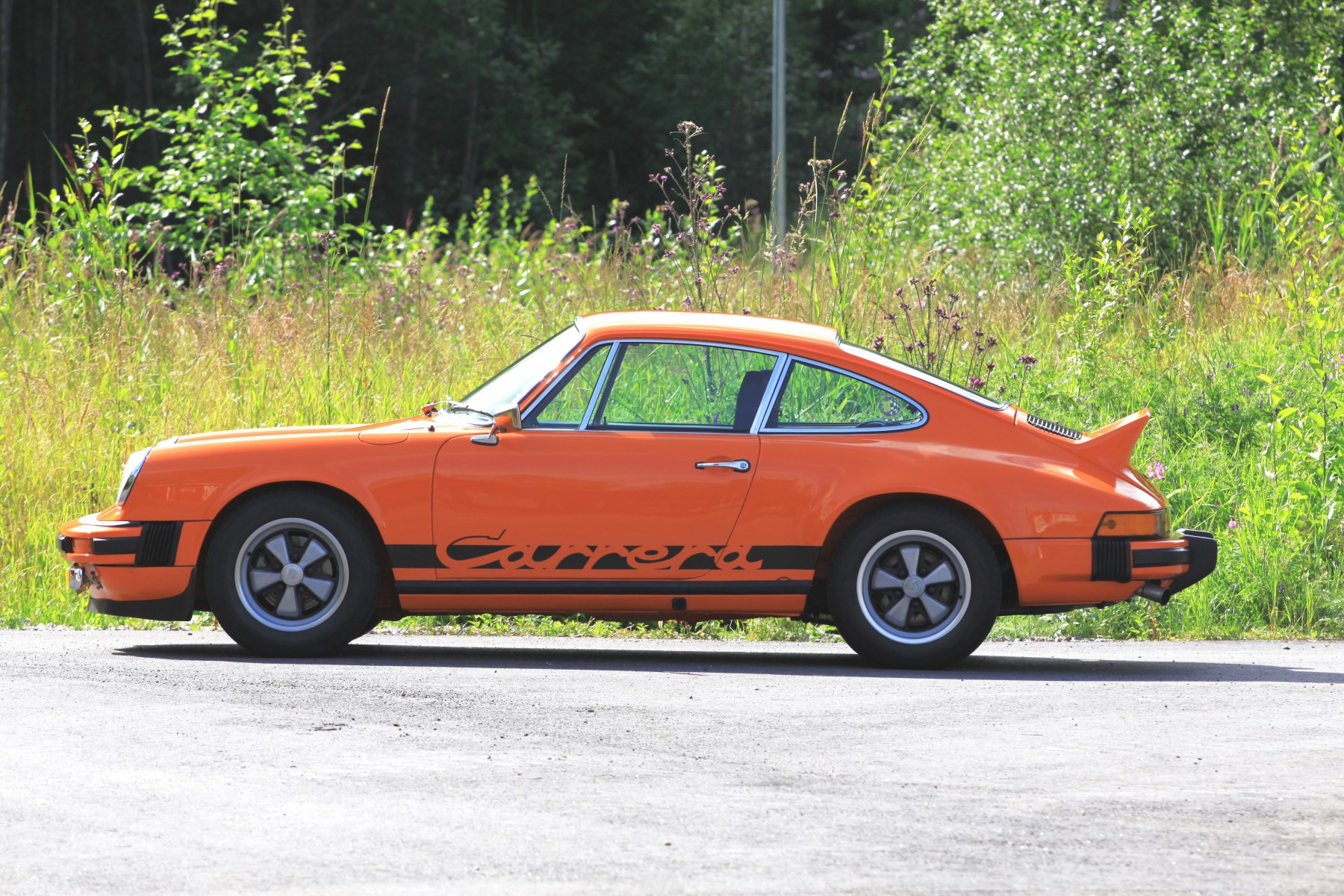 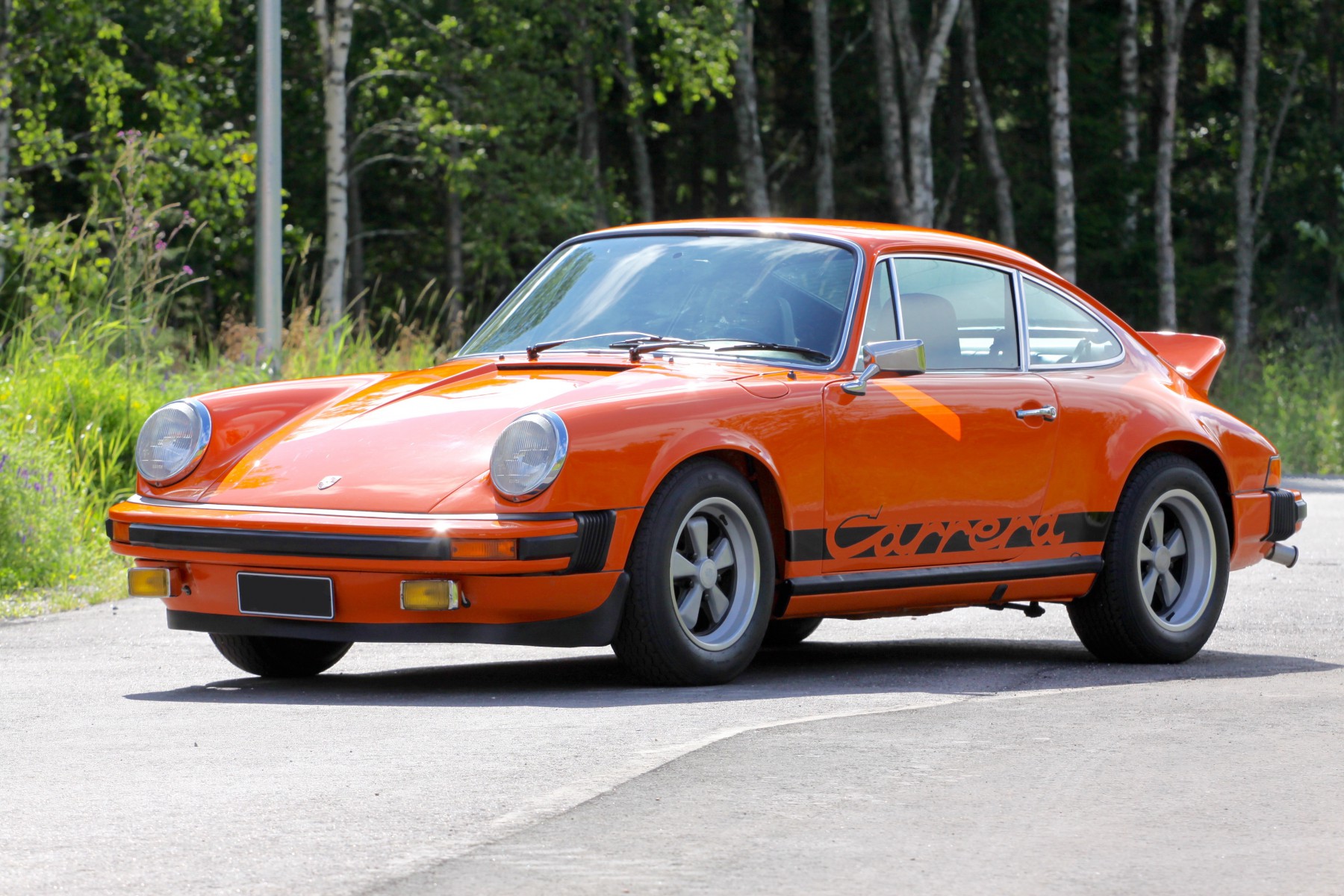 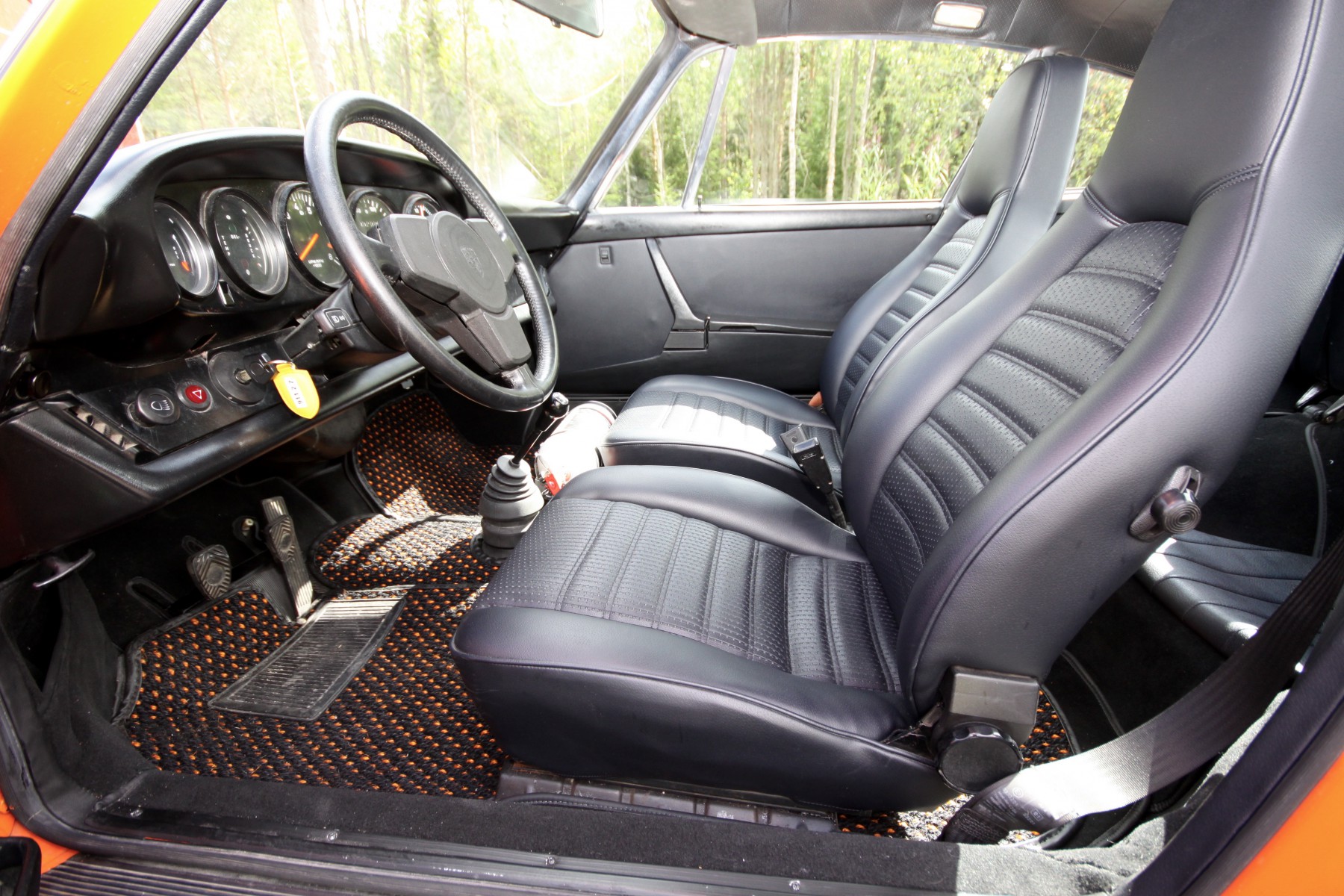 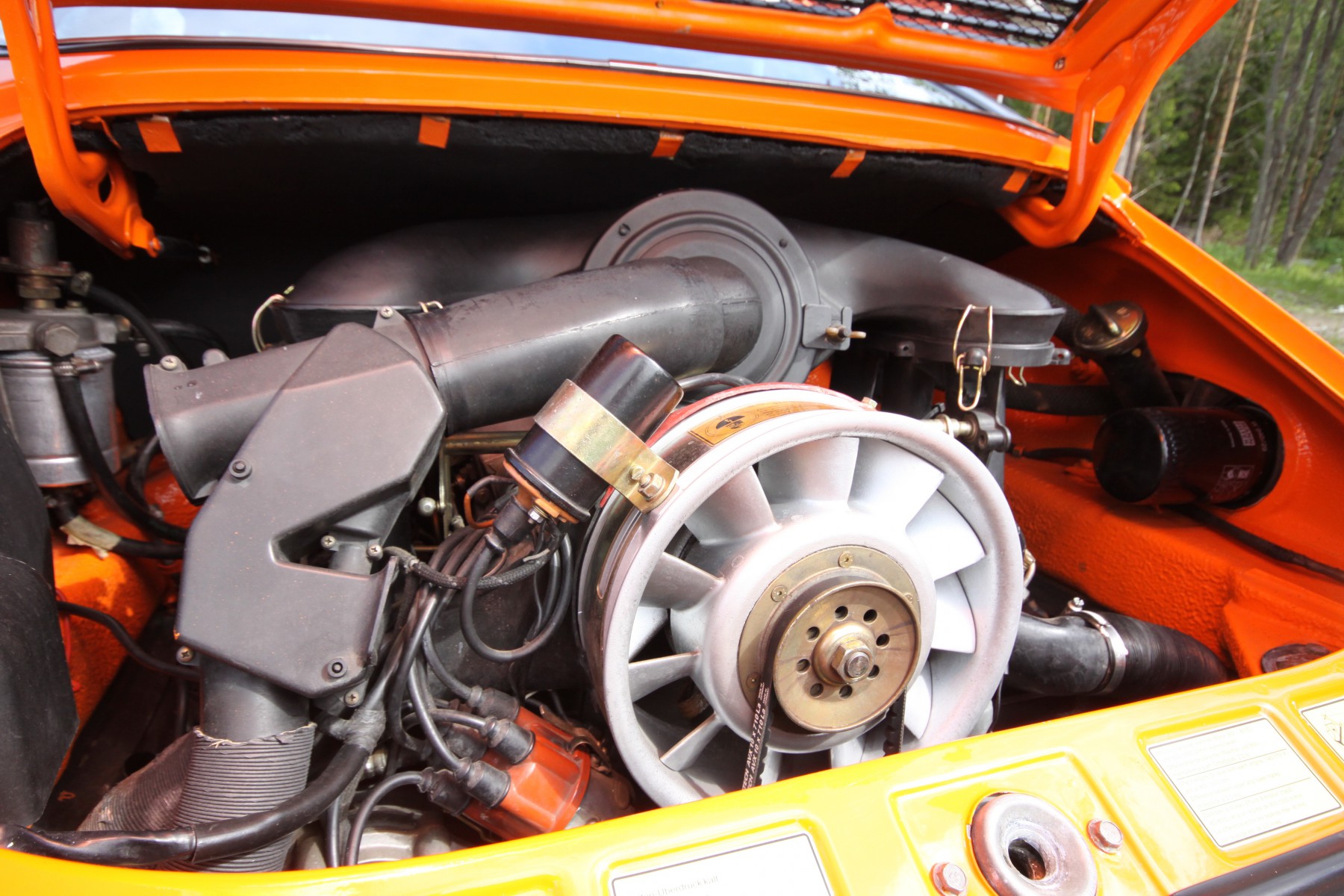 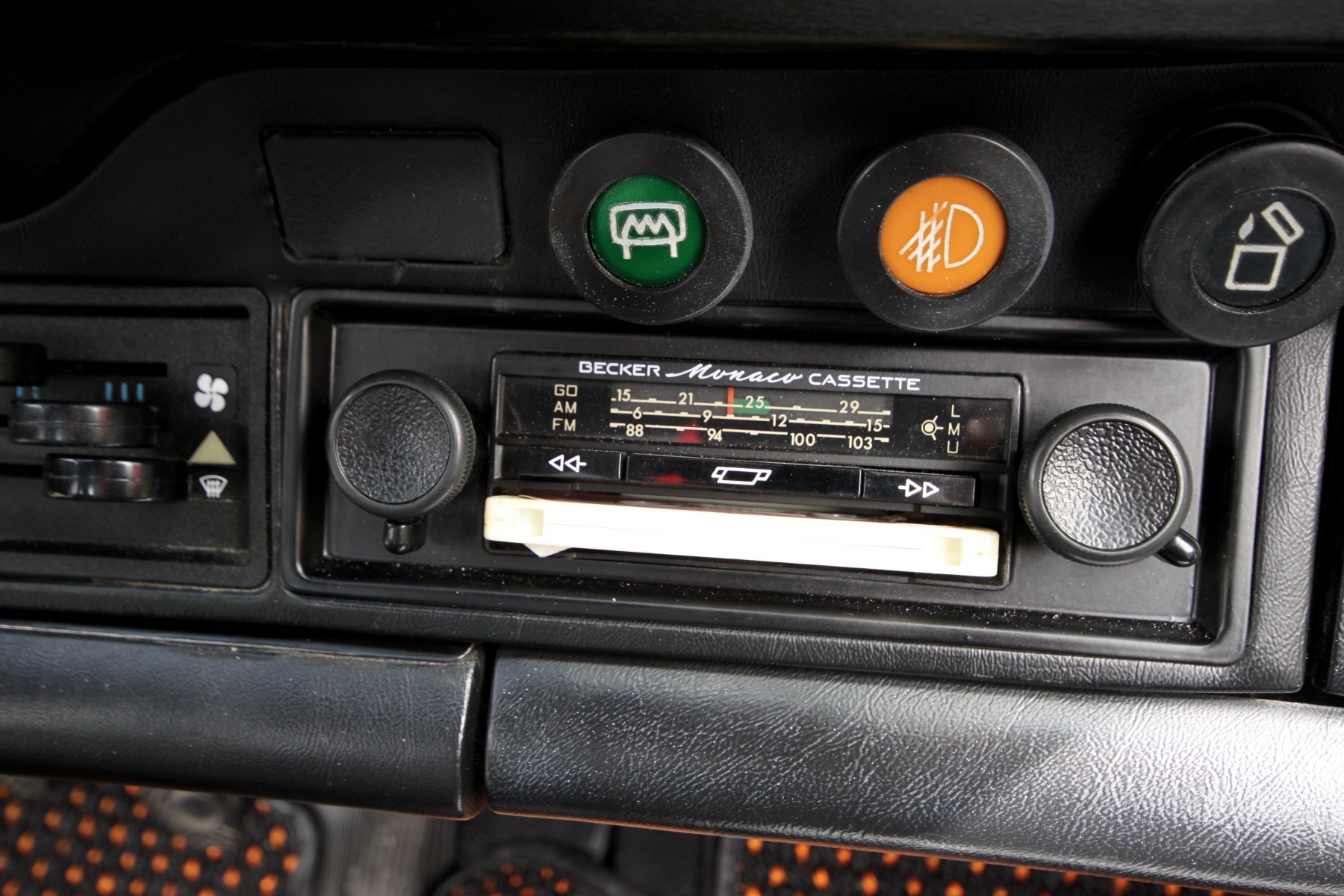 1974 model 911 Carrera 2.7 is the direct follower of its famous predecessor, 1973 911 Carrera RS. These -74 Carreras have the same 210 bhp 911/83 engine with mechanical fuel injection as the famous Carrera RS. The main difference of the G model (-74) Carrera is the US crash test approved bumpers and the new G model interior with integrated headrests.

This is fully matching numbers car confirmed by Porsche Certificate of Authenticity. The car is one of the very early 1974 model cars build in 09/1973. The car has fully documented owner history in the original Austrian registration documents until 2013. The car has been overhauled in 2014 by Carrera Classic and completed in detail to its original specification, including e.g., period correct Becker Monaco radio-casette player, sparetyre with compressor, Hella yellow 169 fog lamps, CoCo mats etc. The car is now in perfect condition and in Finnish Veteran Vehicle Register with FIVA Certificate.